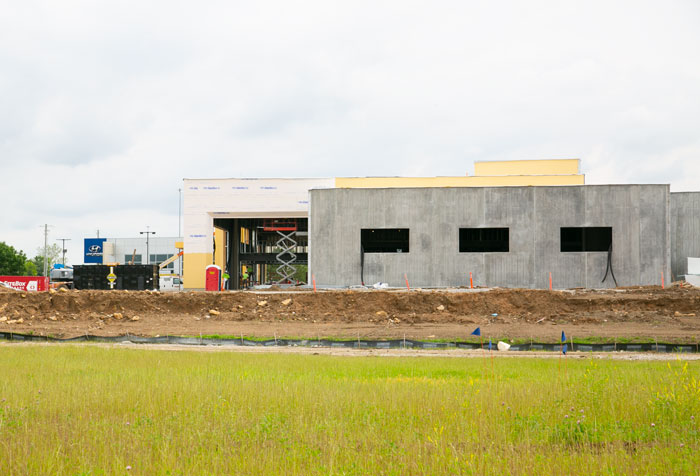 Merriam Pointe co-developer Richard Webb, owner of Infinity Kansas City, will have another year-and-a-half to bring a new car dealership to the redevelopment site off 67th Street and Interstate 35.

The Merriam City Council earlier this month approved an amendment to its redevelopment agreement with Merriam Pointe, pushing the operational date from July 2020 to December 2021.

Merriam Pointe co-developer Richard Webb asked the city to push the date back as his negotiations are still underway with a potential end user and therefore cannot be operational by July 24, City Administrator Chris Engel said. Mayor Ken Sissom said Webb made a good faith effort to turn a piece of property with no value into something marketable, that both Webb and the city can profit from.

“If [Webb] hadn’t done anything, that place over there would be nothing but a big ditch right now,” Sissom said. “The future looks pretty bright, it may take a little longer than we thought, but he’s the one that had all the risk — the city had no risk in this matter.”

The Merriam Pointe redevelopment project was originally executed in 2011 with Merriam Investors, LLC and Hendrick Automotive Group, according to city documents. Webb came on as a co-developer in 2017, and was granted up to $6 million of tax increment financing funds to construct a $22 million car dealership.

He requested the city amend the agreement because if he failed to open a car dealership — which must be a flagship brand not currently sold in Merriam — by July 24, his reimbursable amount is reduced to zero. Councilmember David Neal clarified that the recovery time would now be cut in half, and Engel confirmed this since the July 2023 TIF expiration date will not be changed.

“The fact that he does not have a dealership open today, there is a ticking clock and every second on that clock has some sort of dollar figure that is fixed to it,” Engel said. “The longer it is until there is a revenue producing car dealership there, the less he has to recoup those TIF dollars.”