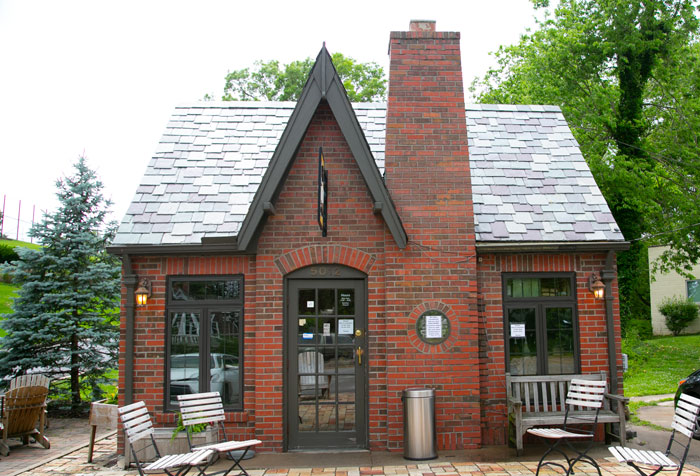 The words “cute” or “cozy” are frequently used to describe the 245 square-foot Westwood Hills coffee shop, which is why owner T Jensen is not surprised about it’s recent spotlight. Jensen said the 21-year-long tradition of friendliness sets the coffee shop apart from others, and contributes to the coziness.

“It’s not just a coffee business, it’s equally a people business,” Jensen said. “We make great coffee, but the people part of it is what makes us cozy. It’s a little space and the intimacy of being able to give each customer that one-on-one thing, that’s why it’s always worked.”

As a small business without an advertising budget, Jensen said posts like the Reddit list helps to get the word out. Word of mouth is the coffee shop’s main way to attract business, although it’s had an “unbelievably group of loyal customers” since 1998, he said.

Reddit’s “cozy” list includes a variety of places from cabins and tiny houses, to the streets of Jerusalem and the canals of Venice. The post spurred 415 comments, including several from locals who were surprised to see a Kansas coffee shop on a popular Reddit list.

Jensen opened Hi Hat in 1998 and converted it from a one-chair hair salon into the coffee shop it is today. The building itself has existed since at least the 1930s, when it was a Phillips 66 gas station, he said. As “one of the grandaddies” of the Kansas City metropolitan coffee scene, he said Hi Hat’s focus has and will continue to be relationships formed with customers.

“We’re a people business, we’re not just looking at the ticket and saying, ‘Oh, there’s another cinnamon honey latte,’” Jensen said. “We know the person who likes it stirred up a little more. That’s the little touch that I think makes us cozy and friendly.”