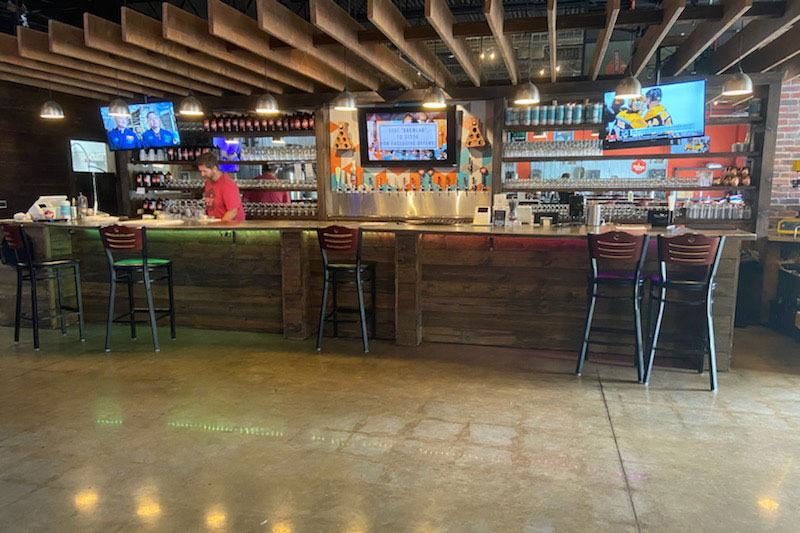 A longstanding Johnson County regulation once meant to restrict alcohol consumption is now helping consumers gain access to it during the coronavirus pandemic.

Johnson County establishments that want to serve alcohol by the individual drink must ensure at least 30 percent of their sales come from food. This basically means that all public Johnson County bars can also be classified as restaurants.

While bars must remain closed until June 8, Johnson County restaurants were allowed to reopen for in-person service May 11. This means a multitude of bar and grills, taverns, pubs, billiard halls and breweries in Johnson County have been eligible to open since May 11. Bars were initially supposed to open under Phase 2, but Governor Laura Kelly shifted them to Phase 3 last week.

Because of their classification as restaurants, bars in Johnson County should follow the same reopening regulations governing restaurants, which include maintaining at least six feet of distance between consumers, following cleaning and public health practices and avoiding groups larger than 15 people.

“In order to comply with that last provision, we recommend that seating in bar areas and high-risk spaces like dance floors, standing-room only areas, etc., are avoided,” wrote Lauren Fitzgerald, Governor Kelly’s press secretary. This clarification is not present in the state’s reopening plan.

“People are confused, because the Governor’s saying that (bars aren’t open), yet we’re seeing in Johnson County, a lot of our bars are open,” said County Commissioner Becky Fast. “So I’ve had people call me, asking, ‘Why is that bar open?’ And it’s because they have food, they’re a restaurant, too.”

Johnson County commissioners overseeing the county’s reopening efforts said they were not concerned with bars and bar seating reopening in the county at a faster rate than the state.

“In Johnson County, we generally don’t have any bars that don’t serve food, it really has to be considered in with restaurants and follow those same guidelines,” said County Commissioner Janeé Hanzlick, who is also a member of the Johnson County Recovery Planning Task Force. “So I don’t see a problem with it because they’re required to follow the same social distancing and other reopening guidelines that restaurants have to follow. It makes sense to me.”

County Commissioner and Vice Chairman Mike Brown, who is also a member of the Johnson County Recovery Planning Task Force, has been encouraging the county to open more rapidly on all levels and agreed with the decision to open the bars and restaurants in Johnson County.

“Establishments serving alcohol where 30 percent of their sales are specifically food are not classified as a “bar”. … The vast majority of the establishments in question are restaurants by definition,” Brown wrote in an email. “If folks are concerned then they should stay home. Otherwise, let’s get these establishments open.”

How local businesses have adapted to distancing rules

Many Johnson County businesses that opened on or after May 11 have bar seating available and adapted it to social distancing by removing some barstools and separating the remaining ones by six feet or more. Tanner’s Bar and Grill on Lenexa at 87th Street halved their seats at the bar and spread them out, as did McGuire’s Tavern in Overland Park and Transport Brewery in Shawnee.

Each is doing their best to maintain social distancing set forth in the state guidelines, though social distancing at a bar presents distinct challenges. Erin Hendricks, the Assistant General Manager at Tanner’s, said it’s not totally clear how and when to enforce this six feet apart rule in the case of a couple or group.

“At a bar, we’re supposed to keep everyone six feet apart, so how do you separate the couples (or) a group of four friends that have been living together? It’s kind of a tricky thing,” Hendricks said. “… I feel like trying to tell people how to sit, especially when they’re a couple, is a tricky, gray area.”

Shannon Pearson, the General Manager of Sharks Restaurant & Billiards in Shawnee, has also found socially distant bar seating to be difficult to maintain at times. They’ve reduced their bar seating from 16 stools to nine.

“We are a restaurant and bar, but I would say that more people think of us as a bar versus a restaurant,” Pearson added. “So it’s a little tricky as far as when people are here, consuming cocktails, they lose their consciousness over everything that’s going on.”

Sharks has adapted their darts boards and pool tables to social distancing by only allowing customers to play at every other table. They also have one employee per shift dedicated to sanitizing the entire restaurant and bar, down to individual pool balls after each use.

While restaurants and bars are allowed to open in neighboring Kansas City, Missouri, bar seating is currently prohibited.

This policy is an effort to “ensure adequate social distancing can be maintained between bar staff and patrons,” wrote Morgan Said, Communications Director for Kansas City, Missouri Mayor Quinton Lucas. “Additionally, bars are traditionally high-touch surfaces with high turnover; our table seating only guidelines help ensure every surface is thoroughly cleaned before the next party may be seated.”

Christie Merandino, Operations Manager for Transport Brewery, thought that these policies spoke to the ‘bad rap’ bartenders get in terms of maintaining cleanliness at a bar.

“Your bartender probably wipes down the bar more in a few minutes than your server wipes down the table … so I think that’s where it’s really backwards,” Merandino said. “Especially now with the rise of craft cocktails and craft beer, most every one of your bartenders truly cares. … They’re not going to serve you a drink without a coaster or wiping down the bar.”

Craig Hedberg, a professor at the School of Public Health at the University of Minnesota who researches foodborne illness and infectious disease outbreaks, added that the risk of being at a bar is slightly higher than being at the dining room in a restaurant.

“People standing at the bar are going to be closer to each other and bar staff then people sitting at a table,” wrote Hedberg in an email. “The risk is one of degree. There are more ‘droplet spread’ opportunities among people crowded around the bar.”

But, he added that those sitting in the dining room of a restaurant are also at risk due to their exposure to the rest of the room’s “air space,” in which small droplets can spread more than six feet.

Customers happy to go out

Reopening bars provided a spark of joy for many customers who visited the reopened establishments, bar owners and operators said.

“We had a sizable group of people that were so thrilled they could sit down and have someone serve them a flight of beers,” said Clay Johnston, an owner of Brew Lab in Overland Park. “[They] just really had missed that experience.”

At Tanner’s, which has been open for about 35 years in the Lenexa at 87th location, loyal life-time regulars had been so looking forward to the bar reopening that some even stopped by a few days before they reopened for in-person service to say hi and give employees a hand in setting back up, Hendricks said. Now that they are open, they’ve had a steady flow of customers, though not quite like normal times.

“There are some people that are so ready to go somewhere and have a drink without feeling like they’re doing something illegally,” Hendricks said. “So, we’ve had people come in and have a drink or two, and then check out. People are still kind of cautious.”

The “30-percent rule” that has allowed Johnson County bars to reopen as restaurants may not be around much longer. The growing micro-brewery sector has been campaigning the county for about a year to remove the policy, which they say has proven financially burdensome to craft brewers.

The regulation can only be loosened by popular vote during a statewide general election, and the upcoming November election would qualify. The Johnson County Board of Commissioners is expected to consider Thursday whether they will add a question to the November ballot that would remove any sale of food requirements for establishments that sell alcohol if passed.

But as long as Kansas bars remain closed during COVID-19 the 30-percent rule may be more beneficial for bar-based businesses than a burden. State Representative Rui Xu (District 25) wrote in an email that he’d heard months ago from a small business owner who was opposed to the 30-percent rule.

“Now he says it’s a little ironic that the 30-percent rule has helped him stay afloat over the last few weeks,” Xu wrote. 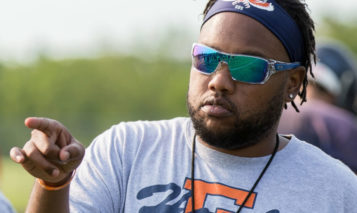 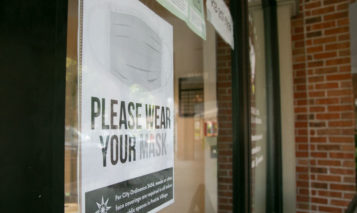