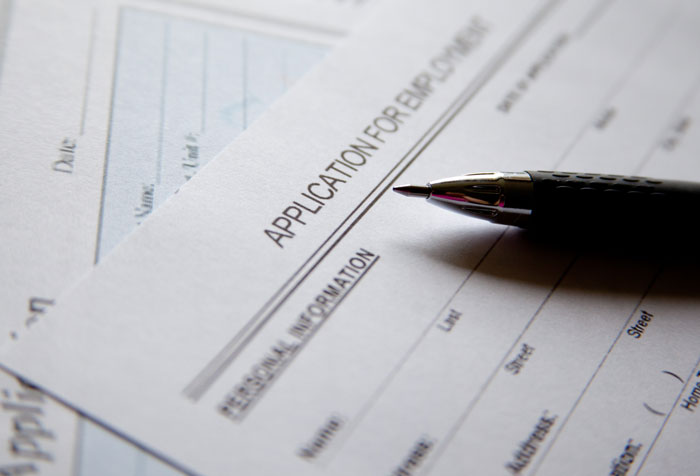 Although the question has been eliminated from employee applications, criminal background checks can still be conducted for city employment positions. Photo credit www.flazingo.com. Used under a Creative Commons license.

The Roeland Park City Council last week signaled support for the “Ban the Box” effort and agreed to remove a question about criminal history from employment applications not related to public safety.

“Ban the Box” is a movement to level the playing field for applicants with a criminal background, according to city documents. Assistant City Administrator Jennifer Jones Lacy said Johnson County removed the question from job applications in 2016 and former Gov. Jeff Colyer signed an executive order removing it from executive branch jobs in 2018.

“It just gives people an additional opportunity, if they do have a background that they’re not proud of, they could get to that next phase,” Jones Lacy said. “If that person is impressive enough to the hiring managers, depending on criminal history, they can make a decision from there.”

“Research the [National Association for the Advancement of Colored People] has done shows that there ends up being discriminatory risk that employers take on when they have criminal background checks, especially considering the disproportionate number of black and brown folks that end up entering the criminal justice system and the discrimination throughout that,” Rebne said.

Roeland Park resident Grant Mayfield signaled his support for eliminating the question in an email to councilors saying it’s particularly problematic when used to “weed out” applicants seen as untrustworthy.

While most applicants won’t be asked a criminal history question, those applying for police officer positions where felons are prohibited from working will continue to be asked about criminal history, according to city documents.

The city council approved the measure unanimously and with no discussion at the May 18 meeting. Councilmember Claudia McCormack was absent.