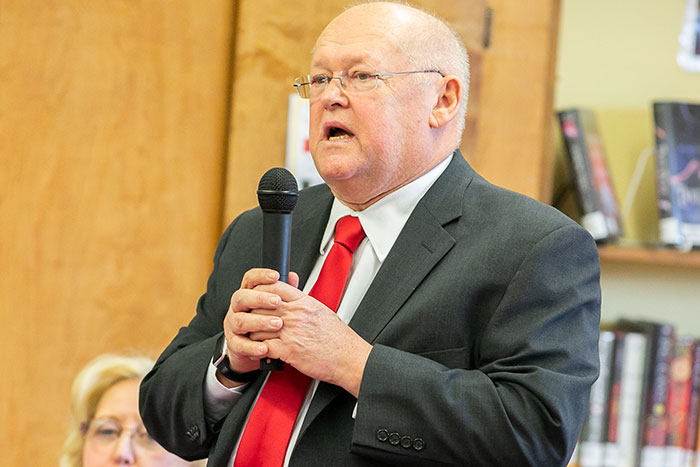 Each legislative session, we provide Shawnee Mission area legislators the opportunity to share their thoughts about what’s happening in the state capitol. Rep. Charlotte Esau, Rep. Nancy Lusk and Sen. John Skubal are scheduled to send updates this week. Sen. Skubal’s column is below.

The 2020 legislative session is over. We gaveled out at about 6:30 a.m. on Friday after being on the Senate floor for about 23 hours with a couple of catnaps in my office. We had 12 bills that Leadership wanted to work. On Wednesday night, the Republicans caucused and were told by Leadership we would be off the floor at 12:00 a.m. as the resolution we passed to adjourn ended on May 21 at midnight. The House extended the session until 8 a.m. on May 22. Many of us, including myself, question if anything passed after midnight on the 21st is constitutionally valid. We will see.

An interesting passed bill is described below.

Limits on the Governor’s emergency powers were included in the last bill we worked at 6:30 a.m. on the 22nd. The bill was 78 pages, bundling seven or eight bills given to us as a PDF to read and vote on 45 minutes later. I have served for 20 years in appointed or elective positions and have NEVER VOTED PASS on an issue, but I did on this bill. We did not work nor debate the bill, but it passed in the dark of the night at 6:30 a.m. There were parts of the bill I liked in the mess, but did not want other items in there such as a limit on the Governor’s emergency powers. The bill will give the counties the power to open/close government offices, restaurants and businesses. I am a local control advocate, but believe we need medical officers (public health) to make these decisions, not politicians. I did like the free ACT testing for Kansas students. The bill passed and now we will wait to see what happens. The Governor can always veto the bill, not sign it and let it become law, or sign it. My feeling is we need to follow the science and let medical personnel make these decisions.

I have a very positive feeling about the transportation 10 year plan, IKE, we passed. Forty projects were announced to be designed. Johnson County’s 69 Highway design was the number one project. This highway is the busiest road in our state and has to be rebuilt. My position as Ways and Means budget chair for education and transportation put me in a position to advocate for Johnson County.

Now I focus on re-election. Thanks to all who allow me to serve.