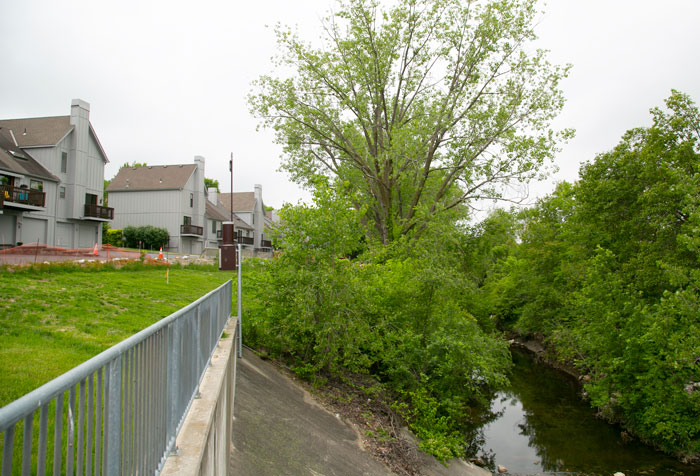 The Rock Creek improvement project intends to address erosion and flooding concerns along the creek east of Nall Avenue to Roeland Drive.

The project intends to address erosion and flooding concerns from east of Nall Avenue to Roeland Drive. Councilmember Sollie Flora thanked city staff for their work to keep the project moving forward during the pandemic, as it is of particular interest to Mission residents who live nearby.

“I know folks who live around this project are going to be very grateful to see it going and completed,” Flora said.

Gunter’s bid — the sole bid received for the project — was over budget by more than $138,000 because of cost differences on grading and retaining wall construction. A storm water utility fund assessment concluded that there are sufficient funds to cover the increased cost, which led city staff to recommend the contract’s approval.

The approval allows construction to begin in late May 2020, and be substantially completed by the end of the year. Final touches such as seeding and sodding will take place in spring 2021.

Councilmember Trent Boultinghouse asked if city staff had any updates on Wendy’s, which posed issues for this project. After months of unsuccessful negotiating, the city council approved eminent domain usage of Wendy’s in order to acquire a permanent easement underneath the restaurant’s parking lot.

City Administrator Laura Smith said the city is still struggling to communicate with the restaurant, but that some progress has been made. To her knowledge, part of the restaurant’s concern is the underground easement across the property would impact the parking area, she said.

The pandemic caused courts to shut down shortly after the city filed the eminent domain petition, but there is some virtual activity picking up, she said.

“I know we have reached out and asked to get it on a docket as soon as possible,” Smith said. “We are trying to move that forward, and I’m hopeful that perhaps we’re getting closer to some resolution.”