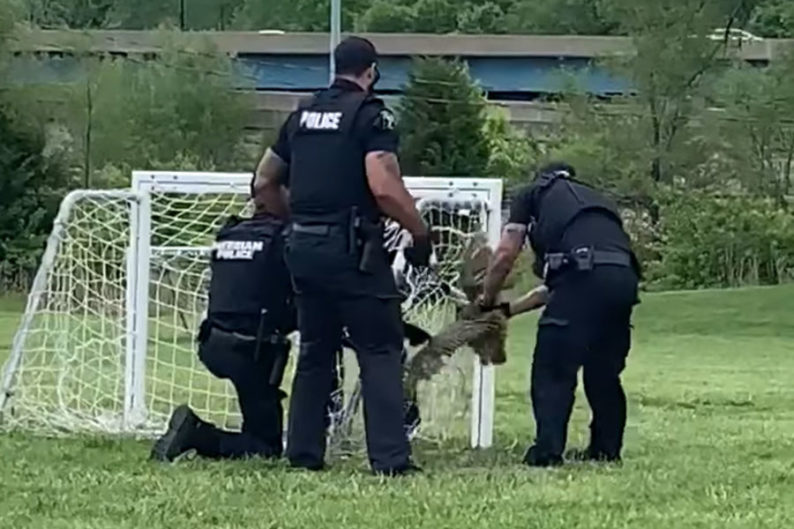 Merriam police responded to the dispatched call since there was not an animal control officer on duty. The officers worked together to free the owl safely and successfully.

Merriam police officers demonstrated their ability to adapt to any situation last weekend and saved an owl stuck in a soccer net at Waterfall Park, 5191 Merriam Drive.

After a concerned citizen alerted the police department about the owl, four officers responded to the scene as there were no animal control officers on duty at the time, Captain Chris Brokaw said. The officers took it upon themselves to free the owl, although saving wild animals isn’t a regular occurrence for police, he said.

“Nothing in our day is routine, you just never know what you’re going to get,” Brokaw said. “I’m sure they never thought in a million years that they were going to have to come across something like this. You kind of roll with the punches and adapt to it, and try to handle it as best you can.”

Working together the officers held the owl, cut the soccer net, and detangled the owl’s feet. Brokaw said he doesn’t think people realize how large owls are or how dangerous it can be to interact with one.

Brokaw said he was glad someone was paying attention and saw the owl in need of help.

“I’m glad they called us,” Brokaw said. “We were able to take care of it and have a happy ending.”