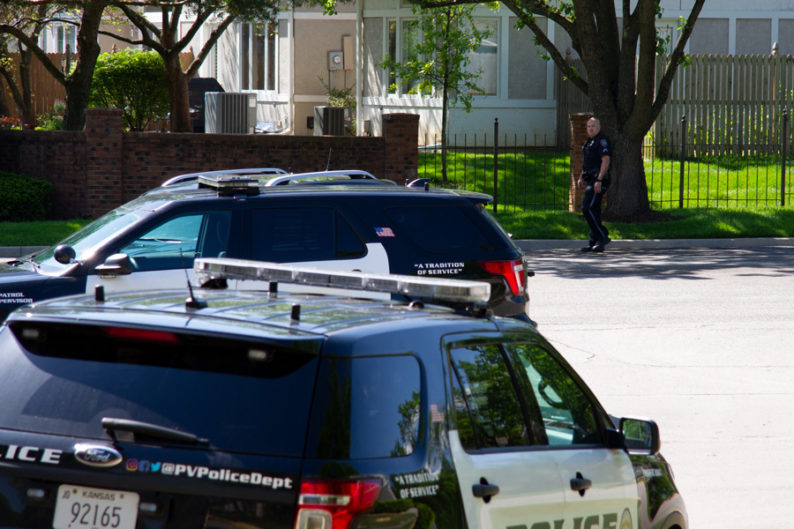 Prairie Village police had the area off Somerset Drive where Kiven Miquial was found dead May 5.

A day after announcing 1st degree murder charges against a man for the shooting death of a teen in Prairie Village earlier this month, Johnson County District Attorney Steve Howe has announced additional charges against three juveniles.

The Johnson County District Attorney’s office does not release the names of minors charged with crimes. Their cases are handled in juvenile court.

On Wednesday, Howe’s office announced that law enforcement had arrested Jesse M. Monreal, 35, and charged him with 1st degree murder and attempted robbery stemming from a shooting May 5 that left a teen dead in Prairie Village. The deceased was identified as Kiven M. Maquial of Mission. He was 18.