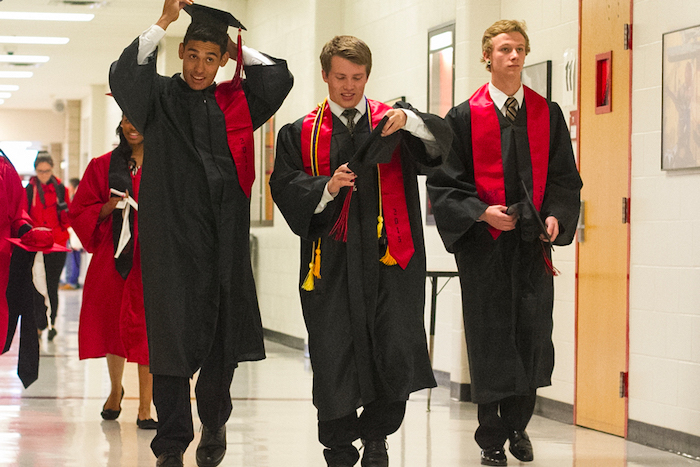 The Shawnee Mission School District on Twitter asked seniors to share photos and future plans as part of the statewide Class of 2020 Appreciation Day, which is Wednesday, May 20.

Photos can be seniors in their prom outfit or graduation robe, donating food or blood, or taking part in some kind of community service, according to a Shawnee Mission tweet. Plans are to be shared in the caption, with the hashtag #KSClassof2020.

Additionally, seniors are asked to throw their caps in the air and post about it at 8:20 p.m. (which is 20:20 in military time). There will also be videos shared from Kansas City Chiefs and Sporting KC players, as well as former Chicago White Sox player Adam Laroche.

SMSD Seniors- tomorrow is the statewide Class of 2020 Appreciation Day. Please share your photos and future plans. Don’t forget to include #KSClassof2020 and @thesmsd pic.twitter.com/eLT3RLaclG

The city of Mission last week extended its state of emergency and disaster proclamation through July 15, 2020.

Although the state and county stay-at-home orders expired last week, Mission city staff said extending the proclamation would allow them to “gauge the success of various reopening and recovery plans,” according to city documents. The city council approved a Mission-specific reopening plan the same night that outlined the reopening of city facilities, programs and services.

The extension allows the city to remain under the “umbrella protection of the emergency declaration,” which makes it easier to react and respond to potential changes in public health information, according to city documents. The city council passed the extension unanimously and with little discussion.

The association plans to take “a more restrictive stance” by adhering to criteria from the Centers for Disease Control and Prevention: a 14-day guideline that demonstrates a downward trajectory in new COVID-19 cases and hospital admissions, and also a decreasing number of deaths.

“Together, the members of the Rabbinical Association and our synagogues commit to decisions that are at least as strict as those set forth by our respective local jurisdictions,” the association wrote.