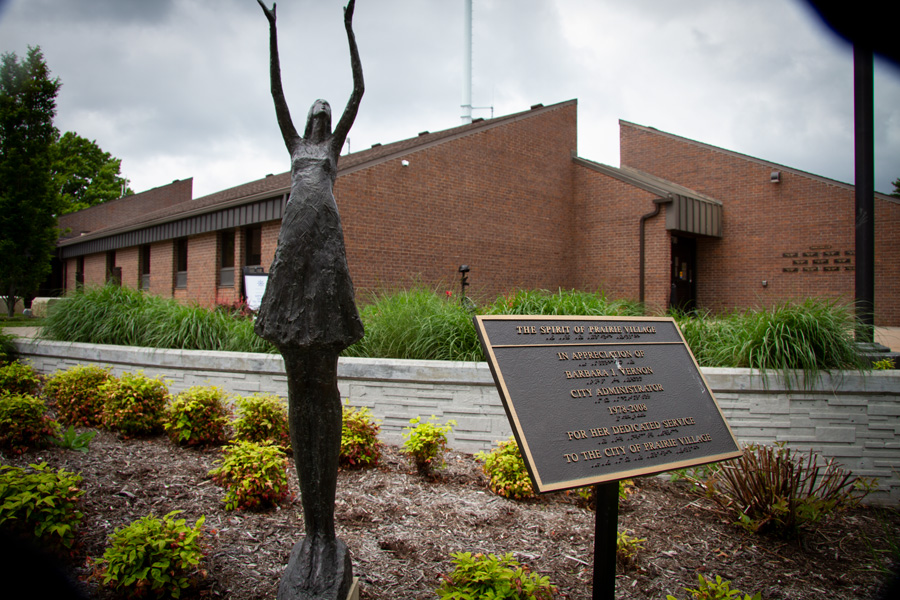 Friends and family this week are mourning the loss of Barbara Jensen Vernon, who died May 15 in Prairie Village, the city she served as city administrator for three decades.

Vernon was born August 13, 1936 in Dallas, Texas, to parents Maurice Guy “Cay” Jensen and Fay Bryant Jensen of Dallas, Texas. Both of Vernon’s parents and her brother, Bryant Peter Jensen of Houston, Texas, are deceased.

Vernon graduated from Woodrow Wilson High School in Dallas and received a BBA from Southern Methodist University in 1957. At SMU, Vernon was a member of Tri Delta Sorority, was a Beta Theta Pi Chapter Sweetheart. She went on to receive her master of public administration degree from UMKC in 1978.

She began her career with positions at California Pools and the Dallas law firm of Storey, Armstrong and Steger before working as a self-employed bookkeeper 1957 to 1972. In 1973, she became comptroller of the St. Paul School of Theology. In 1978, she took the job as City Administrator of Prairie Village, a position she held until 2008.

She was one of the first female city administrator/managers in the United States, mentored several younger women in the field and lectured on Women in Management at Avila College and on Public Administration at UMKC. At Prairie Village she instituted an award winning budget and financial statement. In collaboration with Mayor Sylvester Powell, Jr., of Mission, Vernon helped organize the North East Johnson County Economic Development Council, which became the Northeast Johnson County Chamber of Commerce. She served on its board for many years.

Vernon’s tenure overseeing Prairie Village’s administration saw the maturation of city operations, including long term financial and zoning planning. She played a key role in many of the city’s departments, even serving for a time as interim public works director (and riding snow plows at 2 a.m.). She helped select several police chiefs, helped develop and manage several parks and the pool complex, negotiated with the developer of Claridge Court, participated in the Leadership Kansas program, was a member of many professional associations and organizations.

Following retirement, she served on the board of the Prairie Village Foundation, raising money for needy residents and helping organize the the Mayor’s Annual Christmas Tree project and the Ginger Bread House Decorating annual event. In 2015, she earned the Lifetime Community Spirit Award during the city’s annual VillageFest celebration.

Upon retirement, the foundation placed a statue, The Spirit of Prairie Village, outside the municipal complex in her honor.

Over the course of her life, Vernon was a member of several United Methodist Churches, including Asbury in Prairie Village, where she served as a Stevens Minister, on its financial and foundation committees and as treasurer of the United Methodist Women’s Organization.

She found time to be a wonderful wife and mother. C

Cremation is planned with ashes to spread in the Asbury Memorial Garden, in a Vernon family plot in Texas, and near the Spirit of Prairie Village statue.

A memorial service pending. Memorial gifts are suggested to Asbury United Methodist Church or to the Prairie Village Foundation.