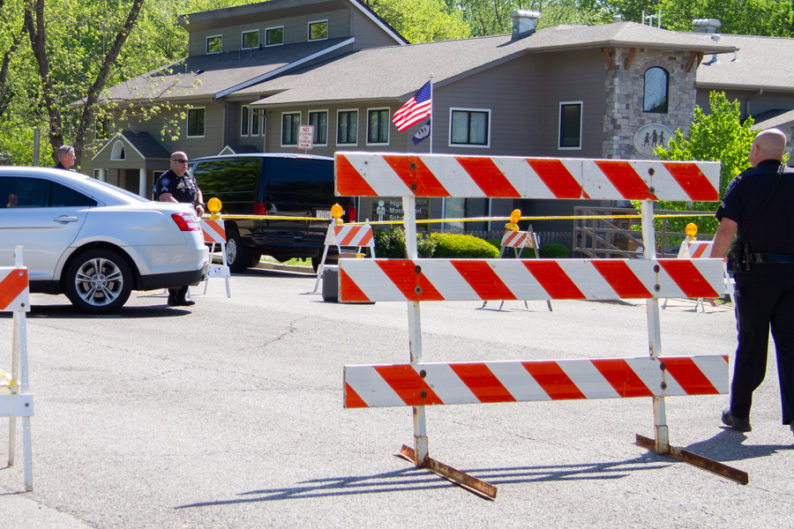 Prairie Village police had the vicinity of the scene near Highlawn Montessori School blocked off May 5 after a jogger found the body of 18-year-old Kiven Maquial. Johnson County officials today announced the arrest of a 35-year-old man in the killing.

Monreal had been arrested, according to information released by the DA’s office, but he is not currently listed as an inmate in Johnson County Jail.

A jogger running down Somerset Drive noticed a body laying in the grass near Highlawn Montessori School around 6:15 a.m. on May 5 and called police to check on the person’s welfare. Officers arrived to find Kiven M. Maquial, a Mission resident and former Shawnee Mission School District student, dead.

Monreal is being held on $1 million bond. His first appearance in Johnson County District Court is pending.

Police from Prairie Village, Leawood, Lenexa and Olathe collaborated with the Johnson County Crime Lab on the investigation.