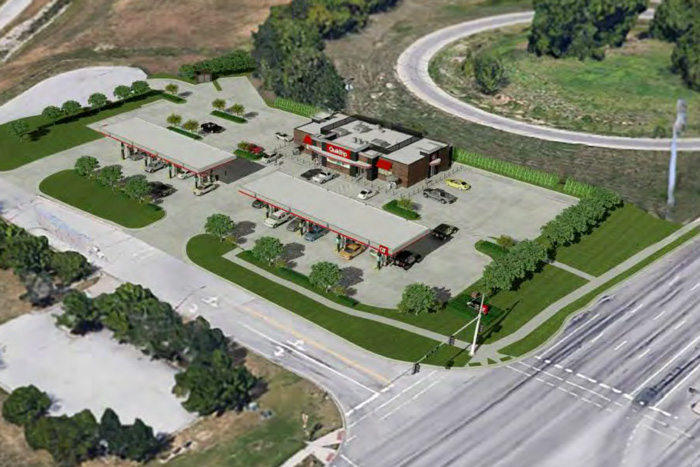 Lenexa approved preliminary plans for a new QuikTrip, as depicted in the rendering above, on the site of the now-vacant Perkins restaurant at 87th and Nieman. Image credit QuikTrip.

The Lenexa city council Tuesday unanimously approved a preliminary plan for a new QuikTrip on 87th Street Parkway just east of I-35 and U.S. 69 highway.

Located on the northeast corner of 87th and Nieman, at 11200 W. 87th St. Parkway, the site was a former Perkins Restaurant & Bakery. QuikTrip plans to build a 5,000 square foot convenience store and gas station with eight pumps and 16 fueling stations.

QuikTrip requested deviations to building and parking lot setbacks along the east and west property lines. Lenexa city staff agreed to the deviations because the property is surrounded by right-of-way from the Kansas Department of Transportation.

QuikTrip plans to improve the setback area by increasing plantings along the property’s edge and adding an ornamental metal fence along 87th.

Mayor Mike Boehm said these deviations are “huge” compared to what the city would normally allow; however, he considers QuikTrip to be a “fabulous use” and other city leaders and staff recognize the site is difficult to redevelop.

“We’re shoehorning a great project into a very unique site, and in no way should this be construed as setting a precedent for anybody else anywhere else in this community with these types of setbacks,” Bohem said. “Because we wouldn’t allow this in most places, just to protect everybody from the person that says they did it there, why can’t I here.”

Erik Eckhart, real estate project manager for QuikTrip, said this project’s design is similar to that of the new QuikTrip coming to 95th Street and Lenexa Drive, in front of the now-vacant Kohl’s department store.

Several councilmembers also expressed their support for QuikTrip’s utilization of the site, which they see as limited in purpose.

“I think it’s a great fit for this particular challenging location,” said Councilmember Dan Roh. “So really looking forward to this one taking off.”

Councilmember Joe Karlin had one concern about vehicles possibly backing up at the traffic signal. Tim Green, deputy director of community development, said staff anticipate any traffic congestion to occur on or near the proposed QuikTrip. 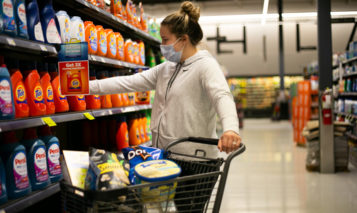 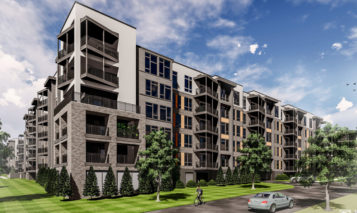