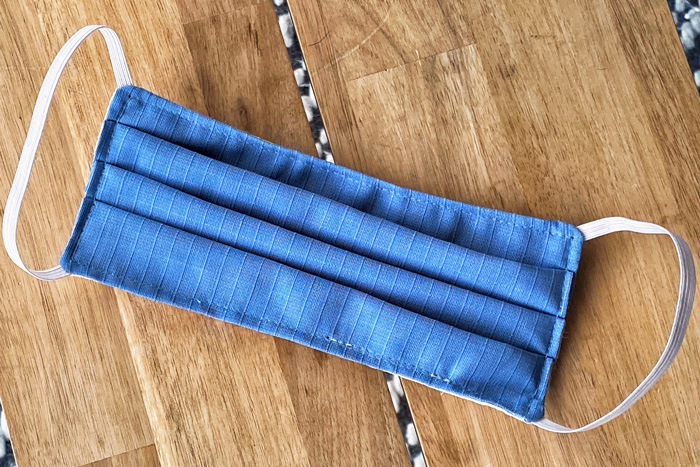 The Prairie Village City Council on Monday voted against adopting an ordinance that would have required people in the city limits to wear a face mask in public settings like stores. The city will instead form a group working to promote voluntary adherence to public health officials' strong recommendations to wear masks to stop the spread of the coronavirus.

The Prairie Village city council has rejected a proposed ordinance that would have required people to wear a facial covering in stores and other public spaces.

The idea, which had been introduced by Ward 1 Councilmember Jori Nelson earlier this month, had drawn passionate response from residents and business owners in the days leading up to Monday’s remote council meeting, with many telling city officials they believed it would be an overreach and difficult to enforce. Others, however, said that with wide lack of adherence to public health officials’ strong recommendation to wear masks in public, the city should put the rule in place to protect the well-being of those within the city limits.

In the end, concerns about enforceability and effectiveness were enough to dissuade seven of 12 councilmembers from supporting adoption.

Nelson said she was motivated to propose the ordinance by a desire to “protect the health, welfare and safety of our city,” noting that states and municipalities across the country have adopted similar measures.

“This is an easy and effective tool to slow the spread of the virus,” she said.

But the practicalities of putting such a mandate on the city’s books caused significant concerns among many of her peers.

Councilmember Ian Graves said he worried that without more widespread adoption of such ordinances in Johnson County and beyond, Prairie Village would take on the burden of enforcing a statute that would have marginal public health benefit. Other areas that have mandated mask wearing — like Los Angeles — have larger populations and their own public health departments to help with enforcement. Without such factors in place here, he said, a face mask ordinance may be more trouble than it’s worth.

“If people are going to surrounding cities where people are not engaged in [asking citizens to wear masks], how effective, really, is our mask ordinance?” Graves said. “The primary studies I’ve seen generally apply a universal masking policy in place, not a situation where a small suburban town surrounded by cities not engaging in the same public health policy is trying to preserve itself in this way.”

A number of members of the governing body cited the memorandum authored by Police Chief Tim Schwartzkopf, who said he was against the ordinance because of the strains it was likely to put on his department. Prior to the council’s vote, Mayor Eric Mikkelson noted that it was unprecedented in his tenure as a city official for the police chief to express such strong opinions about an issue. Mikkelson characterized the memo as a “clearly worded alarm bell that this is going to cause major problems, likely, for him and his police officers.”

After about an hour of discussion, the council voted 7-5 against the ordinance.

Councilmembers voting in favor of adoption were:

Councilmembers voting against the ordinance were:

Mikkelson, who noted that there was little doubt that masks are effective in helping stem the spread of the coronavirus, said he planned to work to form a group that would help promote the idea of wearing face masks in public through communications efforts.

Councilmembers and city staff received several hundred emails from residents expressing their opinions about the proposal in the lead up to Monday’s meeting. Prior to the vote, Mayor Eric Mikkelson said he had felt the “fabric of Prairie Village being stretched by the discussion” in a troubling way.