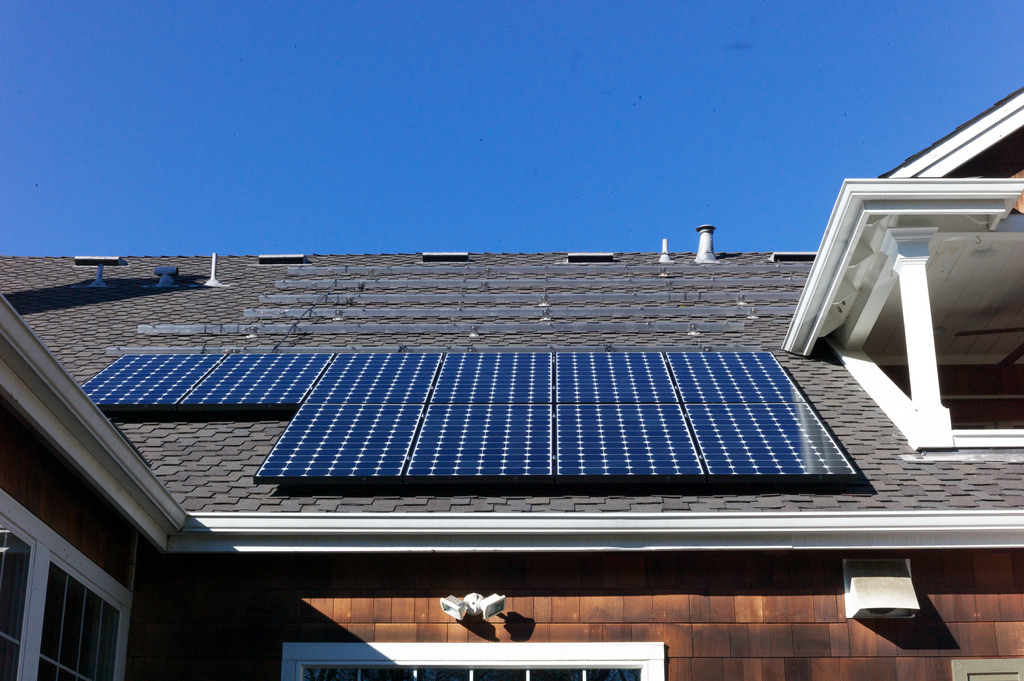 The new, 85-page Climate Action KC Plan outlines a number of ways cities and other organizations can help the Kansas City region get greenhouse gas emissions to net zero by 2050. One way is to diversify energy generation by making solar energy more accessible to residents through policies. File photo.

The Roeland Park city council Monday evening approved a resolution setting a 2025 goal to reduce the city’s carbon emissions by 28%, in addition to a solar-ready ordinance.

“I’m excited for all the great co-benefits that will come with [lowering the city’s emissions], public health, economic prosperity and better quality of life for our residents,” Kelly said.

Dynamhex’s assessment found that Roeland Park’s 2019 city-wide carbon emissions were 55,117 metric tons of greenhouse gasses, with more than half of emissions accounted for in residential buildings. The remainder of emissions came from transportation, commercial buildings and industrial facilities, according to city documents.

One key strategy to reducing the city’s footprint is to implement more renewable energy sources like wind and solar energy, according to city documents. Roeland Park has already discussed using solar energy sources at city hall, the aquatic center and the community center.

Councilmember Michael Rebne asked to include an additional clause in the resolution to allow for collaboration and partnership with neighboring cities that might be more vulnerable to climate change. Councilmember Jennifer Hill said that while she does not believe his proposed amendment intended to be offensive — and that she found it noble and admirable — other cities might see it as Roeland Park overstepping its boundaries.

“To me, this doesn’t bind us to some imagined responsibility to speak for another community, but just stating an intention to look for those opportunities where they might exist in a community across the street,” Rebne said.

Rebne’s amendment passed 5 to 1. Councilmember Hill chose not to vote, Councilmember Benjamin Dickens voted against it and Councilmember Claudia McCormack was absent. The resolution passed unanimously, as amended.

Councilors also approved an ordinance requiring all new residential and commercial construction — including garages and sheds — to be designed with a roof and electrical system that could accommodate a solar panel array.

Solar energy continues to be of particular interest to northeast Johnson County with fewer restrictions on residential solar panel arrays, and cities like Prairie Village planning to include arrays at new public facilities. The ordinance’s language is based on an already adopted ordinance from St. Louis, Missouri, according to city documents.

Kelly previously told the Shawnee Mission Post that he knows other cities involved with Climate Action KC are having similar discussions about a potential solar-ready ordinance, but he is unaware of any proposed language at this time. The ordinance passed unanimously and with no discussion.