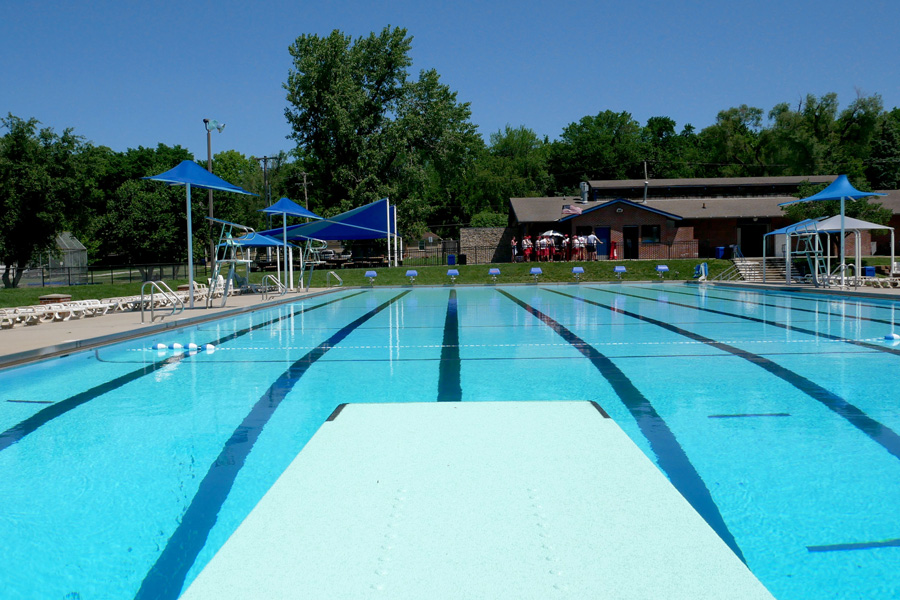 Overland Park has decided to keep its outdoor pools closed for the 2020 season due to concerns stemming from the COVID-19 pandemic. Photo credit City of Overland Park.

Overland Park Pools will not open this summer, the city council has decided.

Councilmembers discussed an option of opening just one of its five pools – Tomahawk Ridge Aquatic Center – with a list of attendance and distancing restrictions. But in the end, a majority decided risking the safety of the pool staff and possibly spreading the coronavirus was not worth it.

“Unfortunately until we defeat the coronavirus this is one year I think we’ve just got to bite the bullet and go through this, I’m sorry to say,” said Councilmember Faris Farassati.

“This is the responsible choice to help slow that spread and make sure the devastation and the death that have occurred in other communities doesn’t happen here,” he said.

Because of distancing and sanitation requirements and the training that goes with them, Tomahawk couldn’t have been opened before July 1, said Bryan Toben, interim park and recreation director. That would have given about 45 days of operation before closing for the season, if the weather cooperated and if the next phases of the governor’s reopening plan are note delayed.

But opening that pool would have come with a long list of new operating procedures. Patrons would have had to buy tickets ahead of time for 90 minutes of swimming, punctuated by an hour’s break for disinfecting between time slots. Staff also would have had to wear masks when not in the water.

Toben told the council those masks presented problems for lifeguards, who would have to raise them to blow their whistles, make themselves heard enforcing the rules, and getting a drink of water to stay hydrated.

Councilmember Chris Newlin said the lifeguards would bear too much of a burden to enforce the six-foot distancing requirements on the pool deck. People have already begun to shrug off distancing now that the county has opened somewhat, he said. “If they’re not doing it now, they’re not going to do it on the pool deck. They’re going to be blowing that whistle nonstop.”

Public pools typically rely on high school and college age lifeguards. Councilmember Jim Kite said given the amount of contact with the public, it might be hard to get enough staff willing to do that job. “Boy I wish there was some magic potion we had that we could open these pools, but I just don’t see how doing that right now in these circumstances is a rational decision.”

Councilmember Scott Hamblin was the single vote against closing the pools. He said the city could vote to proceed with an opening plan and see how it goes. That wouldn’t commit the city to opening if the time is not right, but could help the morale.

The decision won’t affect private pools and homeowners association pools. The indoor pool at Matt Ross Community Center also was not a part of the council’s vote. That pool could reopen later under the governor’s plan, but would have similar restrictions to those proposed for Tomahawk, Toben said.

So far, Prairie Village, Roeland Park, Mission and Fairway have all voted to keep their municipal pools closed for this summer. Shawnee will open one of its two municipal pools.

Westwood and Merriam have not made final decisions on their 2020 pool seasons.

Leawood’s city council voted on Monday to open its pool for the 2020 season.