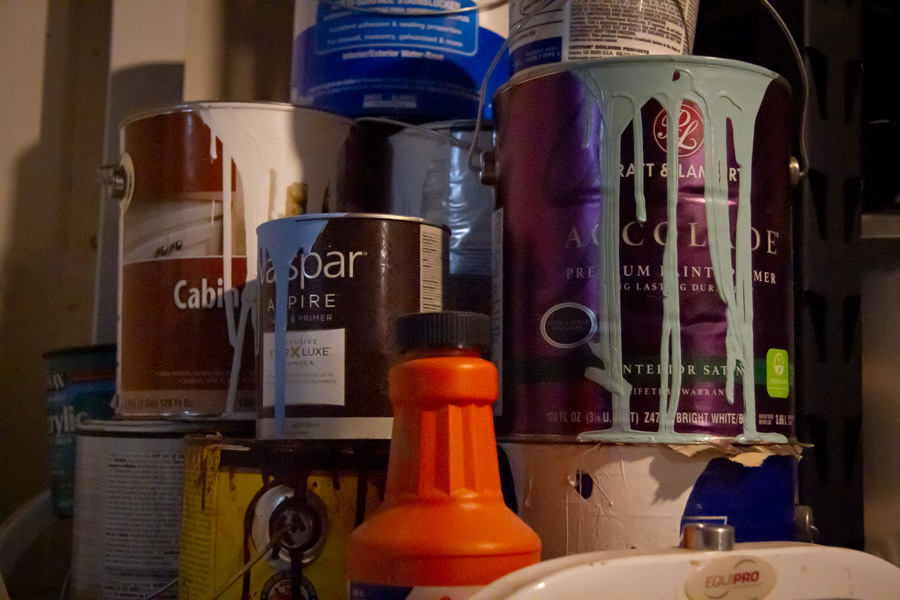 Johnson County's Household Hazardous Waste program, run out of a facility in Mission, allows residents to safely dispose of material like old paint and tires.

With less than two weeks to go before its contract runs out, the Johnson County Household Hazardous Waste program has hit a snag at the county commission.

Discussion of a contract with a new provider – Heritage Environmental Services – was delayed to May 21 after some commissioners questioned whether the county should investigate making it a metro-wide program to become more efficient and save money.

“I’m not advocating we get out of this business but I’m questioning whether or not there’s some better way of doing it,” said Commissioner Steve Klika, who noted that he had been “bombarded” with emails about the program since the commission brought it up as part of an agenda review session May 7.

There was little discussion at that meeting, but when it came up for a vote last week consideration bogged down for more than an hour, becoming testy at times.

The Household Hazardous Waste program is operated near the Nelson Wastewater Treatment Plant in Mission. County residents can schedule a drop-off of various types of hazardous household materials, which are then recycled, redistributed or safely disposed of. The object is to keep hazardous materials out of storm sewers, rivers and streams.

The program, which has been around since 1993, is the only safe way for materials such as tires, latex paint, oil, batteries to be disposed of. Last year the facility managed 700,000 pounds of waste.

The Heritage contract would be for a maximum of $200,000 for the first year, with option to renew yearly four more times. The amount is not exact because the pay is based on the amount of materials that are handled. But Mary Beverly, deputy director of the county department of health and environment, estimated the cost would be closer to $140,000 and would not exceed the maximum amount.

The program has become more popular and has seen a 34% increase in volume and 19% increase in participation since 2016, Beverly said.

Klika and Commissioners Mike Brown and Michael Ashcraft said they see the value of the program, but wondered if it would be better as a metro-wide program, perhaps with participation from the Mid-America Regional Council.

“This is a nice program and has a lot of public relations and marketing and the intent is right,” Ashcraft said. “But is this program really good enough? Are we really doing what we should be doing or are we just doing what we’re comfortable with?”

Ashcraft said a program that captures 700,000 pounds of waste a year out of 4.5 million generated, “does not do it for me.”

He said he supported a delay for Klika to seek more information, with perhaps a bigger overhaul before the end of the first year.

The commissioners also objected to the short time to consider it and wondered whether residents of other counties have been using the service, which is limited to Johnson County residents only.

Commissioner Janeé Hanzlick and Becky Fast noted that setting up a metro-area program would take time and would be complicated by the different requirements in Kansas and Missouri. Hanzlick said people may be less willing to drive farther to get to another drop-off site. Currently Olathe also runs a household hazardous waste site that collects from everyone in the county.

The exchange became testy when Fast opposed Klika’s delay request, saying the commission had plenty of time to consider these things at the previous week’s agenda review. Brown countered that he had been unable to get some statistics he’d requested on the matter.

Ultimately, though, the delay was granted as a matter of courtesy. The commission is slated to take it up again on Thursday. In-person public comment is not allowed, but written comments can be emailed to BOCC-Clerk@jocogov.org. They must be received by noon Wednesday to be read by the commission at the meeting.