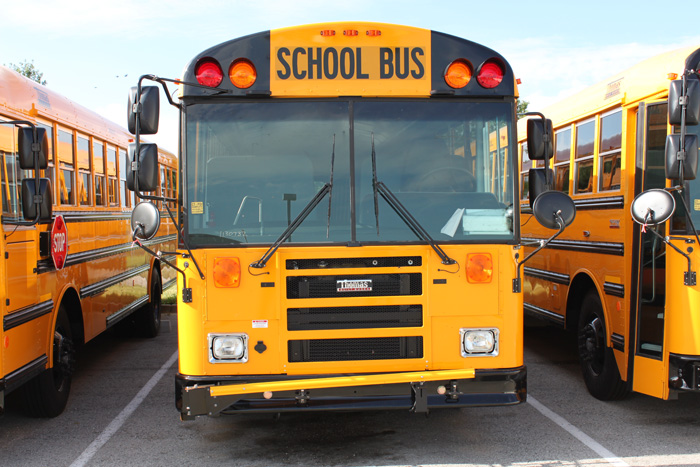 USD 232 has agreed to pay a portion of bus services to First Student in order to support payroll for local staff. Photo courtesy USD 232.

Although schools closed the rest of the academic year, USD 232 school district paid for a portion of bus services to First Student as a way to support the business.

USD 232 has partnered with First Student since 2011 to provide bus transportation to and from school for general education and special education routes, according to district documents.

First Student also provides buses for activity trips, but the amended contract with the company excludes compensation for trips that were canceled due to the pandemic.

The previous contract with First Student calls for the district to pay 50% of scheduled route costs on days that schools closed unexpectedly.

District staff said this level of payment will allow First Student to pay local employees and also cover other fixed costs for the company.

“One of the reasons we think it’s important that we pay them enough to pay the bus drivers is to try to make sure we have bus drivers next year,” said Frank Harwood, superintendent.

Harwood said paying a portion to First Student also minimizes the possibility of a reduction in state transportation reimbursement for the 2020-21 school year. If First Student receives federal stimulus funds that make up for its losses, then the company may repay the school district.