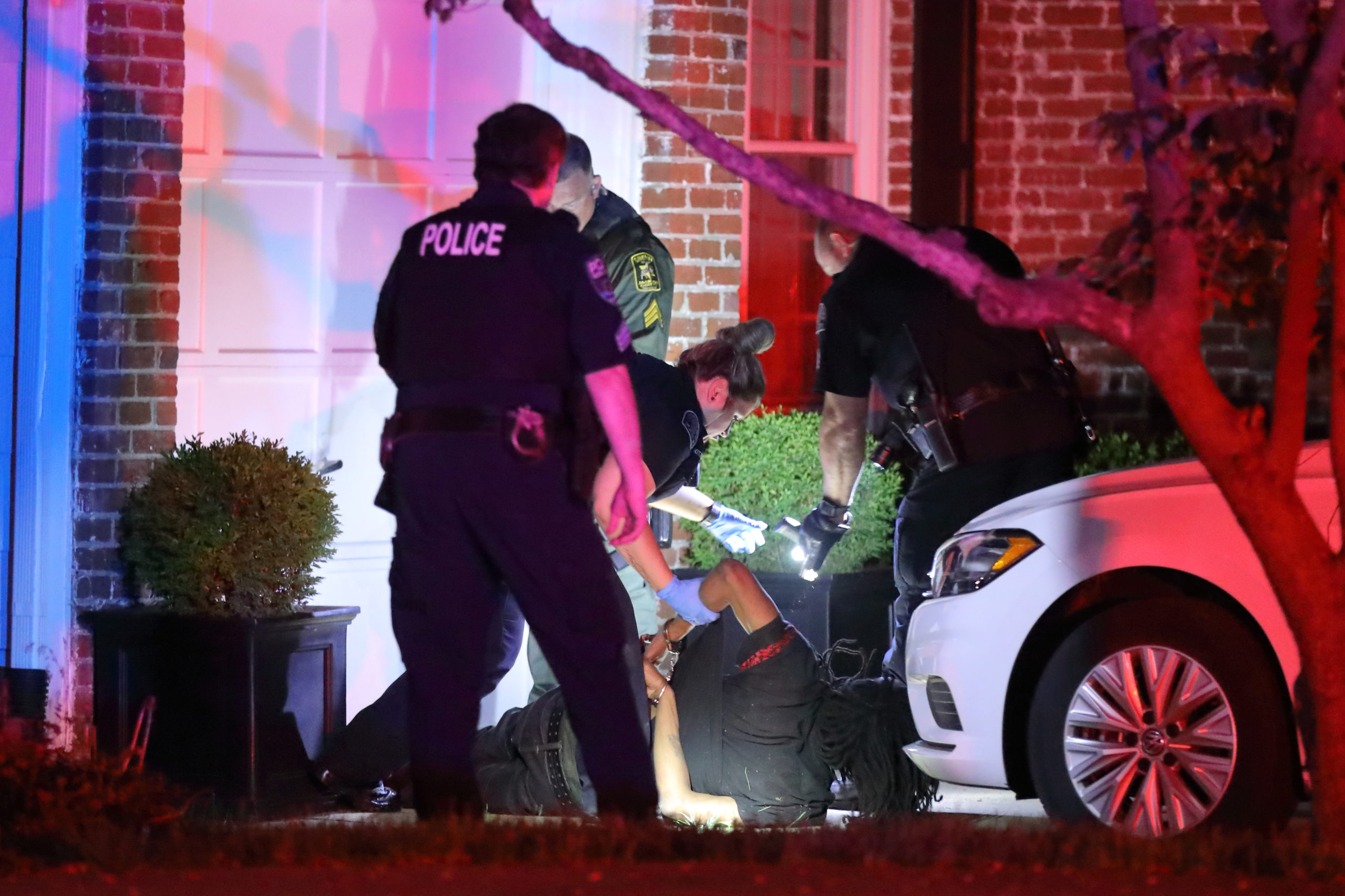 Police officers found the man hiding on the property of the home where he abandoned the vehicle. Photo credit Mike Frizzell.

A man was arrested in Fairway after he led Independence, Missouri officers on a high-speed pursuit.

Recorded radio traffic indicates the chase started about 12:15 a.m. after the suspect was involved in a hit-and-run crash on Noland Road. The suspect, driving an orange 2008 Dodge Charger, led officers westbound on Interstate 70 with speeds reaching 110 miles per hour at one point.

Several officers were able to hit the suspect vehicle with stop sticks, shredding both front tires. The suspect slowed to under 50 miles per hour as he reached downtown Kansas City, Missouri, and merged onto southbound Interstate 35.

Independence officers continued in pursuit of the suspect into Kansas, where he exited onto Mission Road.

At 53rd Street and Mission Road, the pursuing officers reported that the suspect was having trouble keeping his car on the road. At 12:37 a.m., the same officer said that the suspect had stopped in a front yard and was running from the vehicle. Officers located a child and a gun in the car when they approached.

The Kansas City, Missouri police department’s helicopter was overhead and tracked the suspect into a backyard in the 5300 block of Chadwick, where they lost sight of him.

Law enforcement from numerous Missouri and Kansas agencies converged on the neighborhood and set a perimeter. Kansas City, Missouri, and Independence, Missouri K-9s, both searched the area but were unable to locate the suspect. Prairie Village, Fairway, Roeland Park, and Mission officers all assisted with the perimeter.

The suspect was located, at 1:14 a.m., hiding in the driveway of the same house where he abandoned his car. Officers recovered a handgun from the suspect’s pocket.

Radio traffic indicates Independence officers had felony charges for the hit-and-run and for fleeing from officers.

The child that was found in the suspect’s vehicle was not injured.

Fairway Police transported the suspect to the Johnson County Adult Detention Center in Olathe, where he will be held until extradition to Missouri.