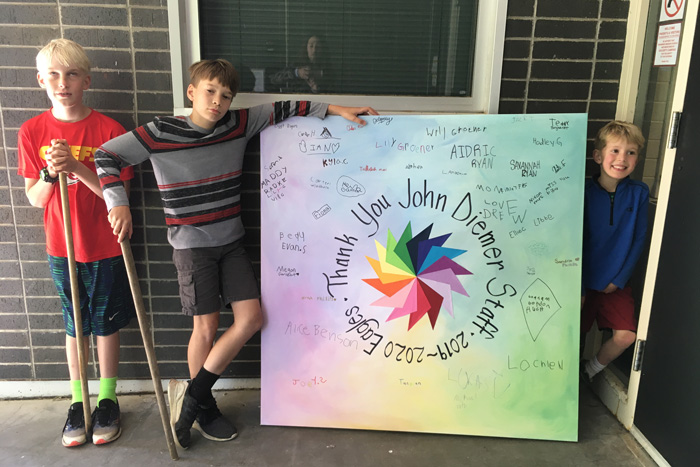 The funds go to support Shawnee Mission families who may need a boost during the COVID-19 pandemic and economic shutdown.

The two PTAs followed the lead of Trailwood Elementary PTA, which donated to the Shawnee Mission Cares Fund last month.

Jenny Pendleton, president of the Brookwood PTA, said they had been discussing different ideas on how best to direct unused funds since the school was closed the rest of the academic year. In total, the Brookwood PTA donated $5,000 to the fund.

Some of those dollars came from funds earmarked for Brookwood teachers’ classroom needs, but after schools closed, the teachers asked the PTA to redirect those funds to this donation.

“We just knew that there were families out there struggling to do just about anything — I mean, we’re all kind of in the same situation, but particularly those that are a little more vulnerable,” Pendleton said, adding that it was exciting to donate.

Diana Weeks-Radke, president of John Diemer PTA, said they had similar discussions about what to do with the funds. After learning about Trailwood’s donation, the Diemer PTA took $1,000 from its fund earmarked for families in need and directed those dollars to the Shawnee Mission Cares Fund.

“We see so much need on the news; we may not see need on my street but I think it’s there,” Weeks-Radke said. “And I want to make sure that people know to reach out and get help locally, from the school district.”

Additionally, the Diemer PTA paid off the school’s negative lunch balance of $855. The remainder of the PTA’s fund for families in need is set aside for its backpack program with Christ Church Anglican this fall.