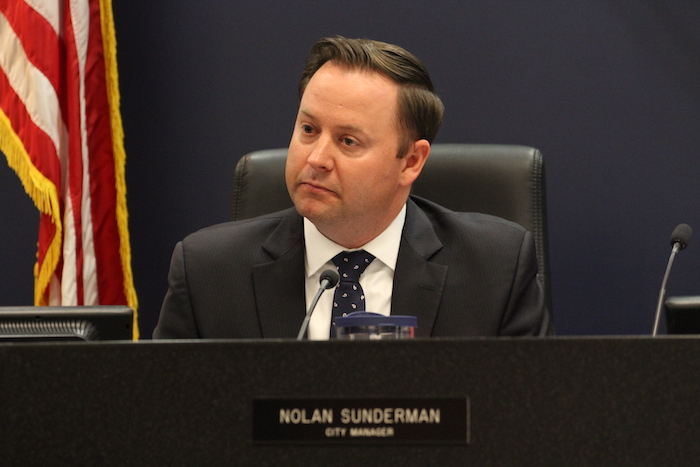 Sunderman’s base pay had been $148,000, which was significantly lower than the top administrators of large neighboring Johnson County cities. His new base pay is $185,000.

When Shawnee promoted Sunderman to city manager in summer 2018, his base salary was $135,000. He has since received two raises of $6,500 each, bringing his total base pay to $148,000. With additions including allowances for things like cell phones and a car payment, his total gross pay excluding benefits was $162,215 in 2019, according to the Kansas Policy Institute’s Kansas OpenGov database. Sunderman’s new total base pay, in combination with $16,006 in allowances and deferred compensation, is $201,006.

Here’s a comparison of the total gross pay combined with bonuses, allowances, etc., in 2019 for city managers in other large cities in Johnson County, according to Kansas OpenGov:

With a population of more than 65,000 residents to serve, an annual budget of approximately $90 million and 314 full time staff, Shawnee’s city government represents a significant operation to manage. However, the timing of Sunderman’s raise drew scrutiny following the council’s vote, with some residents noting on social media that neighboring cities were cutting expenditures and staff hours as they prepare for sharp revenue downturns stemming from the COVID-19 shutdowns.

Johnson County Government, Overland Park, Lenexa and Olathe have all furloughed employees. Overland Park furloughed 200 part-time employees and delayed previously planned raises for two months in an attempt to slash spending during the COVID-19 pandemic. Denise Rendina, spokesperson for Lenexa, said the city has temporarily furloughed about 14 part-time and variable parks and recreation employees who work in some city facilities which are temporarily closed during the pandemic. Last month, Olathe began implementing city-wide furloughs.