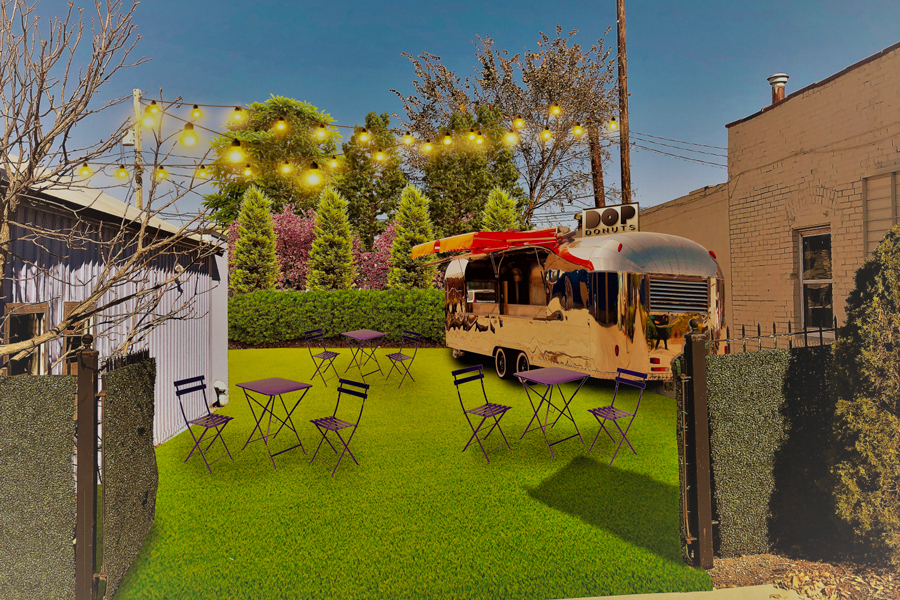 The plans call for the truck to operate in a alley between two buildings off 80th Street just west of Santa Fe Drive.

An Airstream trailer with coffee and donuts may become the first food truck to set up for regular business in Downtown Overland Park.

The city planning commission gave its blessing Monday to make a test case of the donut truck, which will be at 7512 W. 80th Street, on a vacant spot just east of the Nexus IT building.

Plans are for the truck to be open on Fridays, Saturdays, Sundays and Wednesdays. Saturdays and Wednesday coincide with Farmers’ Market days, once it’s open again at its downtown space. The concrete pad where the truck will sit will be covered with artificial turf and some landscaping, tables and chairs will be added. The truck will be moved behind the buildings on its off days.

Overland Park currently has no regulations that apply to food trucks that are open on a regular basis. Normally, a food truck could be booked by a business as part of a special event, but would not have continuing regular days of operation. But food trucks have gained popularity in recent years and are a mainstay of First Fridays in Kansas City, Mo. The applicant, Nexus IT Group, and city staff have been working out a way to allow them on a more regular basis. The donut truck will be a pilot project to see how the concept works in Overland Park.

Travis Lindemoen, customer experience executive with Nexus, said the city staff has been working for a couple of months to get all the details lined up on what food license and sanitary rules will be required. City planners recommended approval of the special use permit, and the planning commission agreed, 10-0.

Commissioner Janie Thacker said the truck may pave the way for others, eventually.

Commissioner Thomas Robinett agreed. “I like this concept,” he said. “I think it’s kind of a fun thing to have here. I can’t oppose doughnuts so I’m going to support the application.”