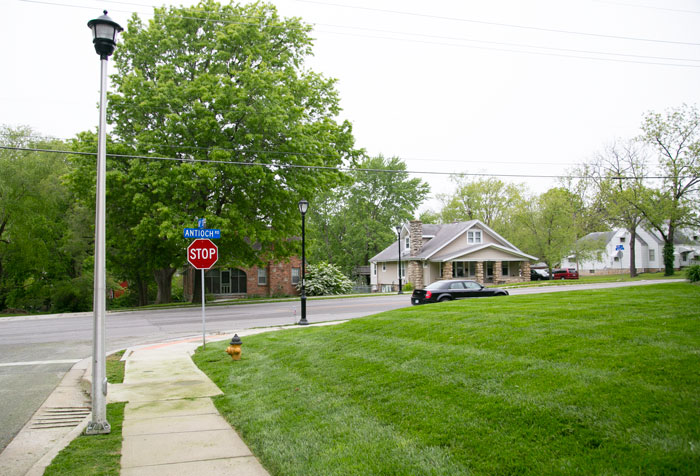 Evergy will have the right to use and construct within the right-of-way, which starts at the back of the curb and goes in 10 to 12 feet. The fee is expected to generate more than $900,000 for Merriam in 2020.

The Merriam city council on Monday evening unanimously approved a 10-year franchise agreement with Evergy — which includes a 5% monthly franchise fee of total gross receipts that Evergy passes to its customers, and therefore Merriam residents.

According to the agreement this 5% fee will then be paid to the city of Merriam in return for Evergy’s use and construction in the city’s right-of-way.

After an hour-long discussion riddled with councilmember questions and several public comments from Merriam residents opposing the franchise fee, the city council approved the agreement — estimated to generate more than $900,000 for Merriam in 2020.

All 15 of the citizen comments opposed the franchise fee, with a majority of residents sharing the concerns of Shay Scharff who said she was “extremely against” continuing the 5% fee as it adds burden to Merriam families, despite the city’s franchise fee rebate program.

“Our electric bills are already high with many of our families out of work because of COVID-19,” Scharff said. “No one wants to beg for relief, not to mention the cost of paying someone for administering that [resident rebate program] process.”

Other residents said the franchise fee is an unnecessary source of revenue for the city. Resident Fred Sherman (who is not the same Fred Sherman serving as Deputy Johnson County Election Commissioner) said it’s clear that the “car dealers are the piggy bank” and that if the city needs money, it should “stop buying piles of rock posing as art.” Resident Billy Croan said he is in favor of the franchise agreement but that the city council should consider approving the agreement without the 5% franchise fee included.

City staff including City Attorney Ryan Denk said the franchise fee is similar to a rent payment. Utility companies have the statutory right to be in the city’s right-of-way and don’t pay for any of the right-of-way upfront, Denk said. Cities pay for 100% of the cost of the acquisition of right-of-ways, and franchise fees are the only way for cities to recover some sort of compensation.

“If you think of it as a private property owner and Evergy wanted to pull an easement in the middle of your property, they don’t have the statutory right to do that and I’m pretty sure you’d want compensation for that,” Denk said.

Councilmember David Neal said he voted in favor of the agreement because of the financial uncertainties COVID-19 will bring to the city, and the city is in no place to vote for discontinuing existing revenue sources.