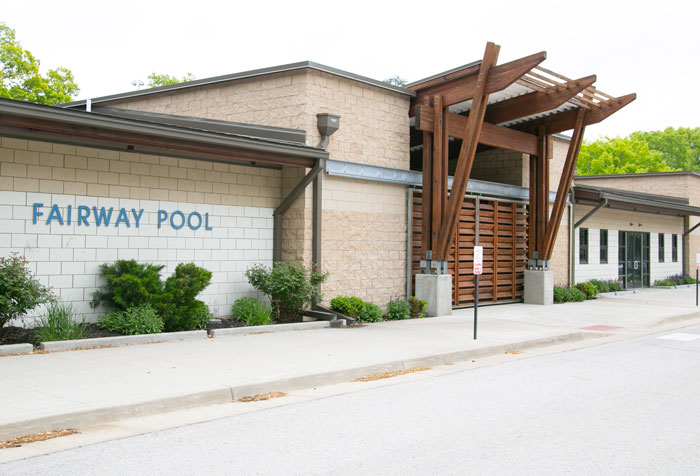 City officials are planning to open the Fairway Pool, 6136 Mission Road, for the 2021 season. File photo.

A week after Roeland Park and Prairie Village decided to close their pools for the summer, the city of Fairway made the decision to keep the its pool closed for 2020 — though the council asked to leave the door open to looking into potential options that might allow for the pool to open later in the summer.

After over an hour of discussion, the Fairway city council on Monday evening affirmed City Administrator Nathan Nogelmeier’s decision to close the pool for the 2020 season. Nogelmeier said the staff recommendation to close the pool was not made because surrounding cities closed their pools, but rather because city staff evaluated several factors and determined that inability to train lifeguards while maintaining social distancing measures was prohibitive.

“There is no one who wants that pool open more than city staff,” Nogelmeier said. “We understand the impact that what we are proposing and what we are doing is going to have on the community, but at the end of the day we have an obligation to make sure we have the best interest of our residents and the best interest of the city of Fairway [in mind].”

Aside from the concerns about lifeguard training and expecting 15 to 18-year-olds to handle responsibilities similar to those of first responders, the social distancing limitations would make it increasingly difficult to operate the pool, Nogelemeier said. It will also save the city upwards of $300,000 to not open the pool, Parks and Recreation Director Brice Soeken said.

The city council heard from several Fairway residents and non-residents with ties to the Fairway pool, most of whom offered suggestions to “get creative” with ways to work around lifeguard training and the 90-person limit to adhere to social distancing measures through phase three of the Kansas Reopen Plan. Fairway resident Cari Gunderman, a mother of two daughters who have worked for the Fairway pool, suggested that the city council wait two more weeks before making a final decision.

Additionally, Gunderman said the city staff should look into what other pools that are opening are doing as far as lifeguard certification, such as country club pools. Her daughter, Anna Gunderman, suggested the city have lifeguards sign waivers to avoid any legal issues if they were to contract COVID-19 due to interaction with a pool patron — something the city could be sued for negligence for, Soeken said.

While other public comments were similar to Cari and Anna’s suggestions, Councilmember Tanya Keys said that the creativity and hopefulness from staff were appreciated, but the city needs to prioritize safety. Councilmember Kelly-Ann Buszek said closing the pool is the best decision, especially if experts at Red Cross and the Centers for Disease Control and Prevention do not see a way for pools to operate that is “totally safe.”

“Unfortunately, there’s no way we could do that this year,” Buszek said. “It’s a terrible thing. We want to get back to normal, but I think right now that’s the safest and most responsible decision we can make as a city [to close the pool].”