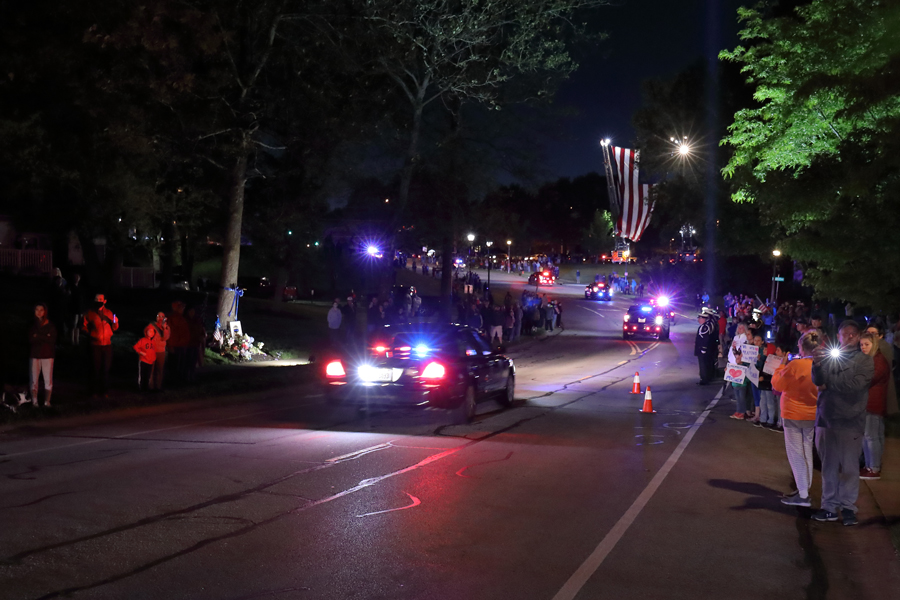 The public is invited to pay their respects to fallen Overland Park Police Officer Mike Mosher at a drive-by visitation from 4-6 p.m. Tuesday at the Overland Park Convention Center. Mosher’s family will be under the canopy of the convention center off 110th Street to receive guests. A private funeral and burial service are planned for Wednesday, when Gov. Laura Kelly has ordered flags flown at half staff in Mosher’s honor.

The Friends of Johnson County Library on Monday announced that it has resumed online sales as part of its phased re-opening strategy. The division was temporarily shuttered in adherence with COVID-19 transmission control protocols.

The Friends inventory comprises donated books and materials as well as some weeded items from the Johnson County Library.

“We’ll normally gross about $125,000 from online alone, and send books to countries around the world,” Dickerson said. “We’re eager to get back to work providing high-quality, low-cost reading material to our customers and members.”

Friends Bookstores and donation acceptance will be phased back into service later this year.

A number of Shawnee Mission students were recognized by the National Federation of Press Women, Inc., with various journalism and communications awards. Below are the students, the awards received and the school each student attends:

Sunflower requested to move this date from May 1 to May 25, and city staff found this a reasonable ask due to “the unusual circumstances we are living in,” according to city documents. This pushes the overall completion date for the two-story, 30,000 square foot medical office building from May 1, 2021 to May 25, 2021.