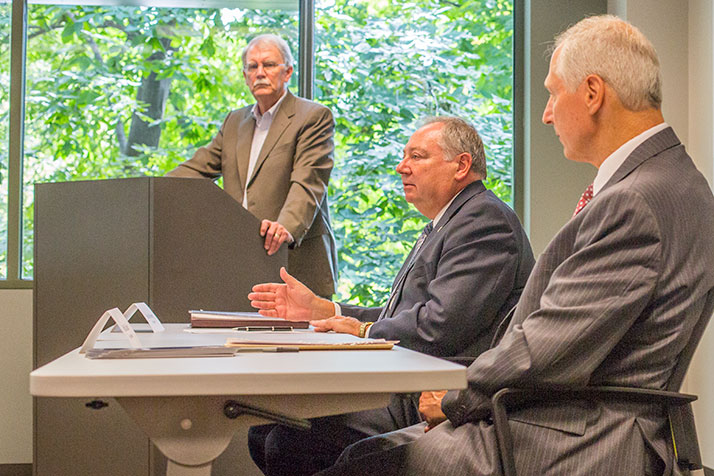 Jim Denning (center) at a candidate forum ahead of the 2016 election. Denning announced Friday he will not seek a third term in the Senate.

Sen. Jim Denning of Overland Park announced today that he will not file to run for another term in the legislature.

Denning was first elected to the Kansas House in 2010 and served a term representing District 19 before running for the Senate. He defeated incumbent Tim Owens in the 2012 Republican primary for the District 8 seat and went on to win reelection to a second term in 2016.

Denning has served as Senate Majority Leader since December 2016. In that role, he has been a key figure in debates over whether and how to expand Medicaid in the state. Denning faced strong criticism in 2019 for preventing a Medicaid expansion bill that appeared to have broad support from coming up for debate. Ahead of the 2020 session, however, Denning and Democratic Gov. Laura Kelly announced they had reached a tentative compromise plan — a move that made Denning the subject of criticism from Senate President Susan Wagle and other GOP legislators.

Denning referenced the Medicaid expansion issue in his announcement, saying he was “proud to have written a bipartisan plan to expand public and private healthcare options for Kansas this session, and even though partisan politics were played, I am still appreciative of the efforts made.”

Democratic Rep. Cindy Holscher has filed to run for the District 10 seat. She led all candidates in fundraising in 2019, bringing in more than $79,000 compared to about $31,000 for Denning during the same period.

Holscher is currently the only candidate filed to run for the seat. The filing deadline for statehouse races is June 1. 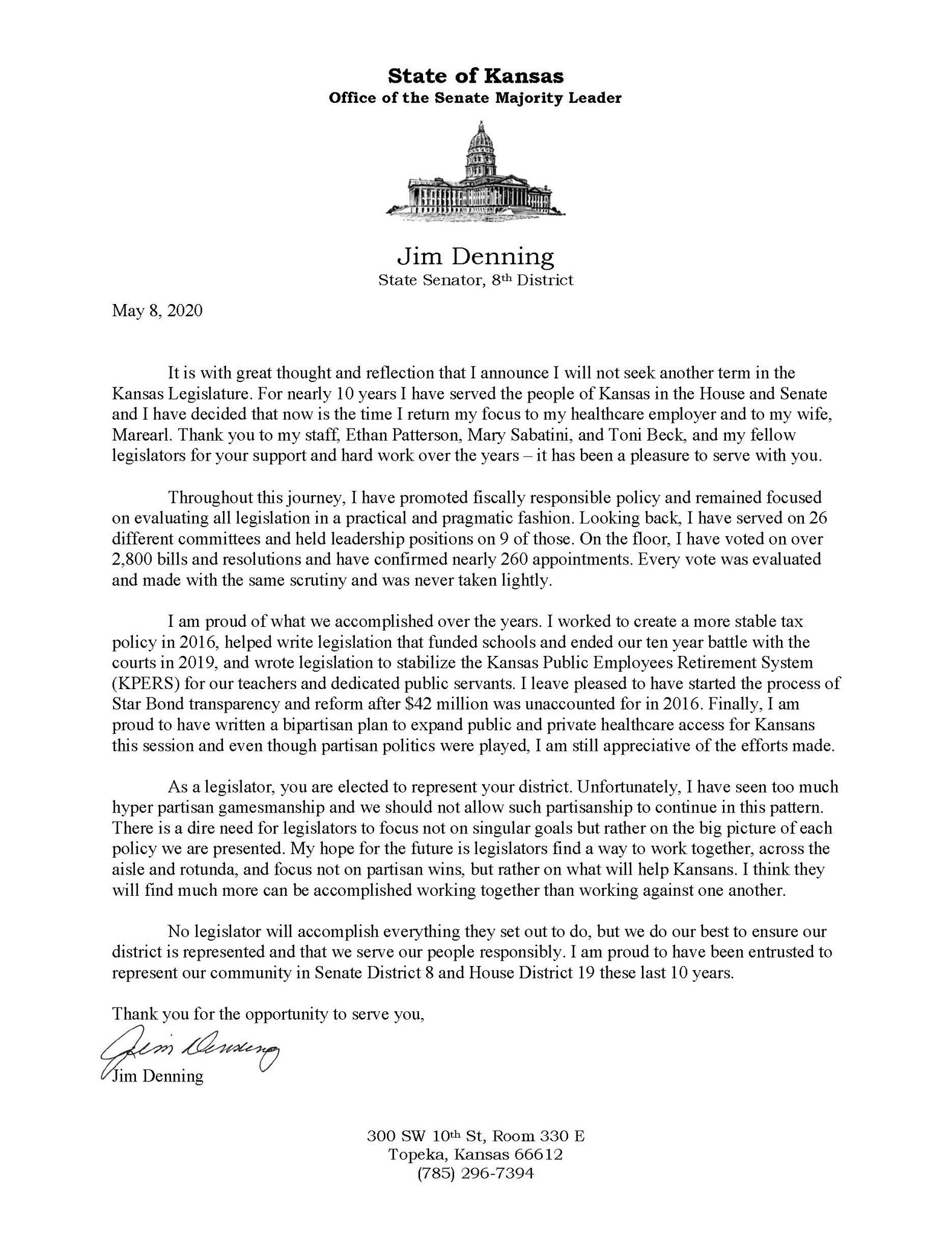 Upon initial publication, this post incorrectly listed the filing deadline date for this year’s elections at July 1. The post has been updated with the correct date, which is June 1.