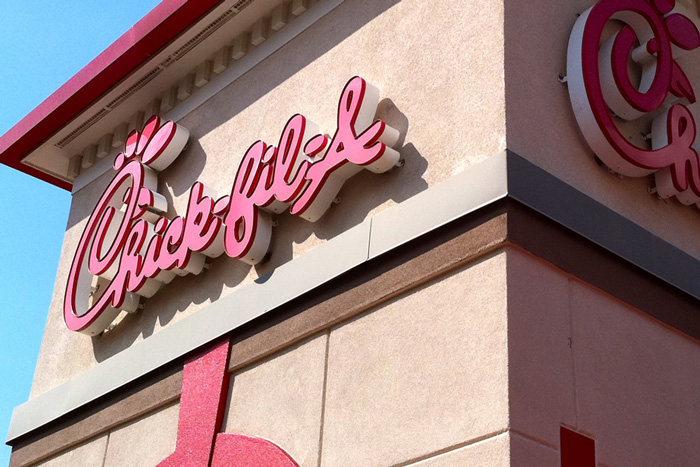 The new restaurant at 95th and Metcalf will be Chick-fil-A's fourth in Overland Park and seventh in Johnson County. Photo credit Joe Nevill. Used under a Creative Commons license.

Chick-fil-A is looking at adding a location at 95th and Metcalf in Overland Park. The city’s planning staff this week confirmed the chicken sandwich restaurant company has submitted an application for review.

The new Chick-fil-A restaurant would be located on the southwest corner of the site anchored by Lowe’s Home Improvement.

The 95 Metcalf South site is part of a flurry of economic activity in that area that also includes the Shamrock Trading Corp. offices on the site of the old French Market, which are now under construction, a 134-unit, three-story senior living apartment complex, and other mixed-use development down the street.

The location would be Chick-fil-A’s fourth in Overland Park and seventh in Johnson County.

A spokesperson for Chick-fil-A said the company could not confirm final plans for the new location yet.

“We are always evaluating potential new locations in the hopes of serving customers great food in a welcoming environment,” said Caroline Taylor, new restaurant advisor for Chick-fil-A. “While we hope to serve the Overland Park community in the future, we do not currently have any locations to confirm.”

Based in Atlanta, Chick-fil-A Inc. is a family-owned restaurant company founded in 1967 by S. Truett Cathy. It has more than 2,500 restaurants in North America.