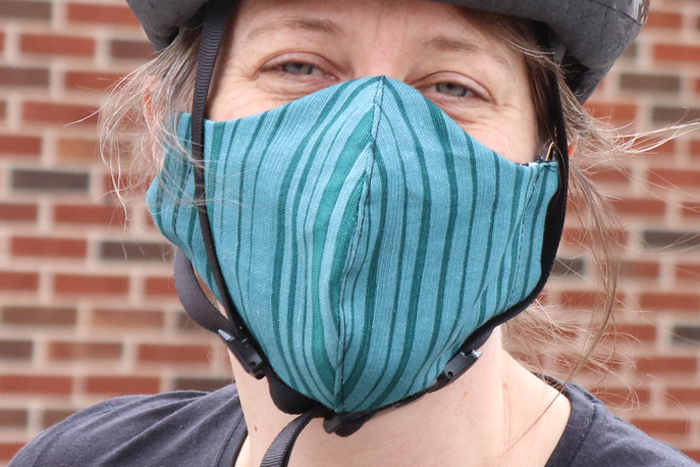 The Prairie Village City Council on Monday directed city staff to explore creation of an ordinance that would require residents and visitors to wear facial coverings — masks, bandanas, scarves or something similar — in indoor businesses and other public spaces.

Councilmember Jori Nelson introduced the proposal, saying she believed it was in residents’ interest to require facial coverings as more businesses reopen starting May 11. Nelson said face coverings during COVID-19 are the equivalent of covering your nose or mouth when sneezing or coughing, or waiting 24 hours after a fever to return to work or school: It’s most effective if everyone does it.

“My hope is that it will be as common as ‘no shirt, no shoes, no service,’ but now it will be ‘no mask,’” Nelson said. “At least until the [Centers for Disease Control and Prevention] or the state has [said] with reasonable certainty that no mask is recommended, along with the hopes that a vaccination will be available soon.”

But several members of the governing body raised concerns about the idea. Mayor Eric Mikkelson said there are three obstacles he sees that he said he wants to be convinced on before he considers supporting such an ordinance.

“I’m not there yet, [that] this is a good thing to do,” Mikkelson said. “Notwithstanding, I am very confident, 100% of us all want to find the right thing to do to save lives and keep Prairie Village as healthy as possible.”

Nelson said that in Gov. Kelly’s most recent address, she encouraged individual communities to take additional steps deemed appropriate to stem the spread. This potential ordinance would fall in line with the city’s other public health ordinances such as the non-smoking ordinance passed in 2008, Nelson said. Enforcement strategies would focus on educating the public about face coverings, and move into citations if necessary, she said.

Employers would have to supply employees with non-medical grade masks to be worn at work, and businesses would also be asked to have customers adhere to the six-foot social distancing safety measures as well, Nelson said.

Nelson originally made a motion that the city council direct City Attorney David Waters to create an ordinance requiring “masks and other face coverings in businesses where the public is invited.” That motion was amended, on a 10 to 2 vote, to direct Waters to draft the same ordinance “to the maximum extent legally permissible.” Councilmembers Courtney McFadden and Inga Selders opposed the amendment.