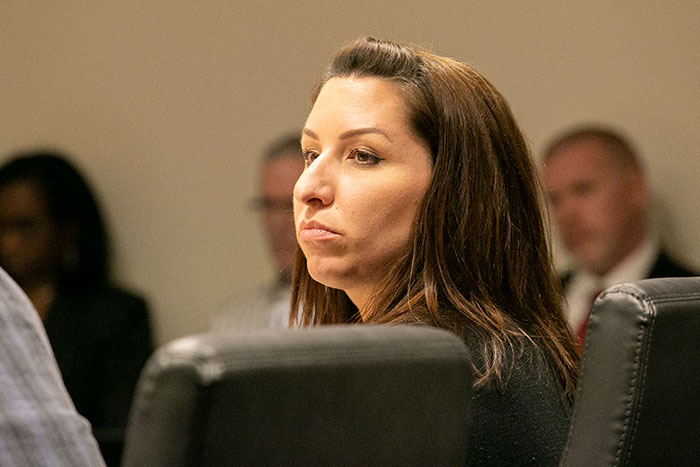 The Overland Park City Council vacancy was left by Gina Burke, who moved out of the city and stepped down from the council in April. File photo.

Twelve people applied for the Ward 4 vacancy on the Overland Park City Council, and while all twelve are “stellar” applicants for the job, the three-member vacancy screening committee has decided to move forward with interviewing eight.

The committee, headed by Mayor Carl Gerlach, Council president Fred Spears and finance committee chairman John Thompson, plans to conduct the open 30-minute interviews the afternoon of May 11 and 12, and possibly May 13 if the extra time is needed. They are filling the spot left when former Councilmember Gina Burke moved out of the city and resigned her seat about two weeks ago.

“I’ve never seen a group of candidates for one position as stellar as this one,” Spears said. “It’s going to be an extremely difficult situation for me to actually reduce it to a couple of people because there are so many great people on this list.”

The eight interviewees will be winnowed down to two finalists to be recommended to the full council. The new council member will begin work May 18.

Spears, who is the other Ward 4 representative, said all the applicants were well qualified but recommended the eight based on their community involvement and leadership.

Spears said he had considered adding Osman to the list because of Osman’s experience serving two three-year terms as director of the Hickman Mills School District in Kansas City. But Spears said he prioritized experience in Overland Park, Johnson County and the entire metro area.

Committee members decided to cull the original list of applicants so more time could be given to the interviews.