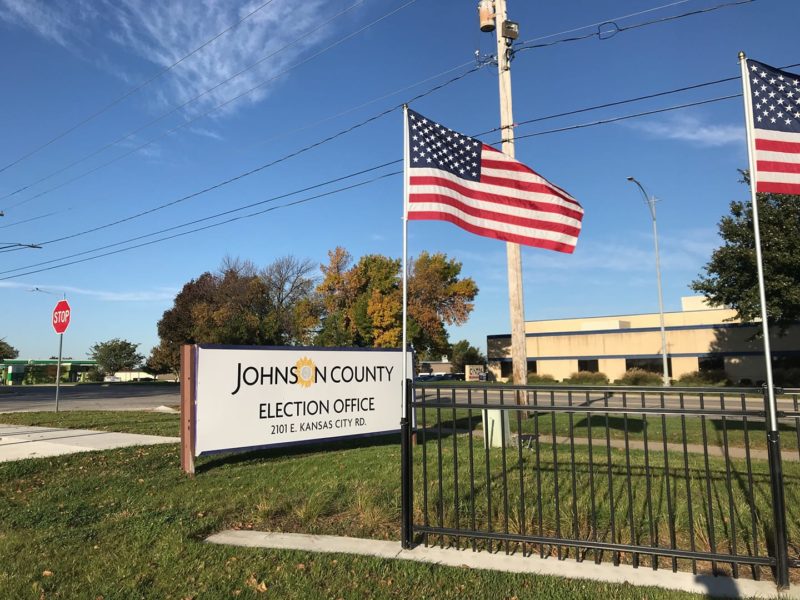 Candidates who want to run for office in this year's election cycle must file by noon on June 1. Photo via Johnson County Election Office Facebook.

Prospective voters depending on the Johnson County Election office to send a mail-in ballot application in the mail in May might want to consider checking their voting status on the election commission’s website. Not every one of the 426,367 people the office counted as registered in April will automatically get that application.

The election office announced about a week ago that it would for the first time ever send out applications for the mailed ballots to every voter. But the 380,000 estimated for that falls short of the number the office had recorded as registered earlier this month.

In fact election officials won’t send ballot applications to people who have moved and who have been determined to be “inactive.”

The decision to reach out to voters about mailing in ballots is the result of concerns over exposure to the coronavirus that could happen when people gather at polling places and use the same machines.

A voter’s active status is determined by the response – or lack of response – to a postcard mailer sent out as a requirement of the National Voting Rights Act, said Johnson County Election Commissioner Connie Schmidt. When a postcard comes back as moved out of the county or undeliverable, that person’s status is changed to “inactive.”

That’s not the same thing as a purge, though. Once the status is changed, a confirmation notice goes out, but the person stays on the voter records. Removal from the voter registration rolls only happens after two years of inactivity such as not voting, Schmidt said.

Part of the 46,367 difference between the last number of registered voters and the number of applications to be mailed can be accounted for the permanent mail-in list, Schmidt said. People who can provide a reason such as a disability can request to use mailed ballots automatically every year. There are about 7,000 on that list right now, she said.

The remaining 39,367 difference can be considered normal for people on the move in Johnson County, she said. And, she noted, the number to be mailed out was an estimate.

“Johnson County voters historically tend to move frequently – and voters tend to not notify the election office – thus the NVRA provides specific federally mandated procedures for list maintenance of our voter file,” Schmidt said in an emailed response to questions.

Kansas allows mailed-in ballots but they have to be requested in advance. Request forms can be found at the election commission website.

The website also has a look-up function for voters to check whether they’re on the “active” rolls and to double check address and party affiliation.