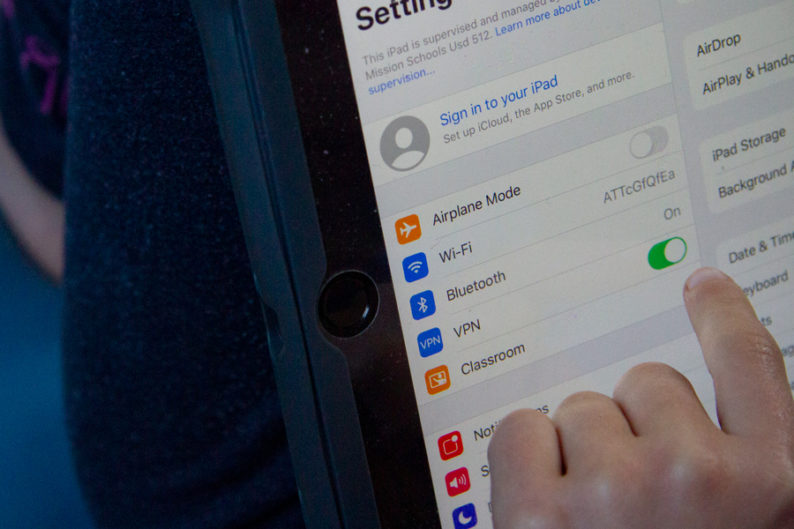 The glitchy VPN system that's caused problems for teachers and students for years is among the top frustrations for Shawnee Mission patrons during continuous learning, according to the results of an input session conducted by the district.

Problems connecting to the district’s virtual private network (VPN) is among the top concerns raised by Shawnee Mission school district staff, parents and students about the continuous learning efforts being carried out with school buildings closed during the COVID-19 pandemic, Superintendent Mike Fulton told the board of education during a remotely conducted meeting Monday.

But the chances of the district pivoting to a new system for providing secure, filtered student access to learning materials in the near future doesn’t appear likely.

The board of education on Monday approved a five-year renewal of a suite of web and network security applications that include the VPN and filtering functions currently in use. The renewal agreement with Cisco will cost $375,406 per year.

Drew Lane, the district’s executive director of information and communication technologies, said that the renewal of the VPN and filtering tools was necessary even as the district explores alternatives to allow students to connect to district and internet resources remotely. In addition to allowing the district to meter student access and web traffic, the VPN also allows district employees to access sensitive personnel and payroll information securely. That need won’t go away even if the district identifies a different solution for the student connectivity issues.

“All the parts that we’re asking for are critical components,” Lane said. “VPN provides us a level of access we need.”

But Fulton and Lane acknowledged that they were working to find an alternative to the glitchy system that has been a headache for students, parents and teachers for years now — issues that have only gotten more pronounced during continuous learning. Staff and students have reported persistent connectivity issues with the VPN since the district’s 1:1 technology initiative launched in 2014. Moreover, the filtering functions that are supposed to prevent students from gaining access to inappropriate content have been frequently ineffective.

“The VPN in this case is causing us some issues. That’s not new,” Fulton said when giving an overview of the most serious problems identified by participants in a round of input collected about the continuous learning program. “That’s something that was identified last year in the digital learning task force.”

Fulton said the district planned to conduct additional research to find out what kinds of filtering and access functions parents would find most useful. He said the district had planned to pilot some access alternatives this spring that might replace the VPN, but they won’t be able to do so given the challenges posed by the pandemic.

The district will be emailing parents today with more detailed information about what they learned from the Thought Exchange input collection on continuous learning, Fulton said.