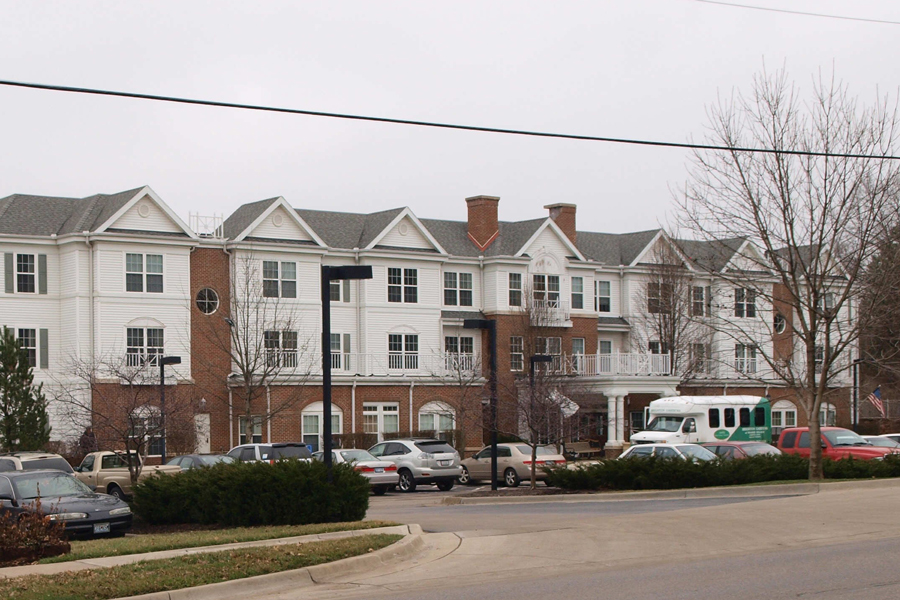 Brighton Gardens of Prairie Village saw an outbreak of COVID-19, with 81 reported cases and 15 deaths as of May 21. Photo via Johnson County Appraiser's Office.

While county leaders begin deciding this week whether the danger from coronavirus is low enough to begin reopening businesses May 4, nursing home residents are living a far different reality.

Outbreaks in a few of the 150 long-term care facilities have continued apace this month, with the latest recorded in the past 11 days, the most recent being on April 21. As of Friday, there were 15 long-term care facilities reporting 26 deaths so far from COVID-19. Those deaths account for a solid majority of the 38 the county has recorded overall.

The spread in care centers ensures that while the rest of the county begins to go about its business, those residents will continue in isolation, deprived of visits from friends and grandchildren and many of the other joys of life for weeks to come.

The county released a breakdown late Friday of the eleven care facilities that have had at least two cases of coronavirus infection, along with estimates on when the outbreaks would be considered over, if no new cases arise.

The full chart can be found on the county website.

It wasn’t encouraging news for residents hoping to once again participate in group gatherings or enjoy visits from entertainers or school children. Only two facilities were on track for the outbreak to be over before the end of April. The majority can hope for mid-May at best.

It hasn’t been for lack of trying, said Sanmi Areola, PhD, director of the county health department. Areola said he’s convinced most care facilities are cooperating fully with the best practices on distancing and use of protective equipment.

But some facilities find themselves short staffed, and others are struggling to get more protective equipment, he said.

The county offers webinars on best practices and the homes are participating, he said. Yet the county has not had the response it would have hoped on testing it has offered. Areola said The county reached out to 41 facilities after the first serious outbreaks were discovered in early April. According to data released Friday, 24 facilities agreed to do the tests, and 20 have so far returned specimens for analysis. Of the 113 tests returned, two have been found to be positive.

The testing is important because the county does contact tracing on people who test positive, he said. Notifying people who have been exposed to the virus and asking them to isolate is a vital way of containing the spread, he said.

Areola said staffing also presents a challenge to some facilities because sometimes workers clock in at multiple centers. With visits from outsiders banned, staffers are one way that the virus has gained access. He suggested the facilities might be able to reduce that risk by compensating employees to limit their work to only one facility.

He added the county health department is trying to help the centers find staff and personal protective equipment like face masks and gloves.

The outbreaks in long-term care elicited some concerns from county commissioners who met with Areola for an update last week.

“We do have facilities that even in the best of times are not necessarily up to par,” said Commissioner Janeé Hanzlick. “I really am very concerned for the residents of those facilities especially since it’s not possible for relatives or other friends to go in and check on those folks. So it comes down to our responsibility,” she said.

Long-term facilities are not compelled to follow those guidelines and there are no county inspections or tracking to make sure best practices are followed. It’s all on the honor system, said Areola.

But Areola said his impression is that the nursing facilities are keen to follow all the guidelines. “They are as eager to keep this out of their facilities as we are,” he said.

Some care facilities have backed that up. Homestead of Olathe, a memory care facility that was among the first to be hit, sent the Post a statement saying it has rigorously followed visitation, cleaning and other rules and has screening for staff members. The fact that no new cases have been recorded in 12 days is reason to believe those measures are working, the statement said.

Areola singled out Lakeview Village of Lenexa as a success story in coronavirus containment. Lakeview’s independent living facility, which is in separate buildings from its skilled nursing care, recorded 10 confirmed Covid-19 cases in March that likely spread through a group gathering to play cards. But the senior living center took aggressive measures and had its last case March 30. As a result, Lakeview’s outbreak was on track to be declared over on April 30 – after roughly two cycles of virus incubation.

The statistics on nursing homes were the most detailed to date released from the county. The health department only included facilities with at least two cases, which is the definition of an “outbreak.” Some takeaways:

The most cases and most deaths have been recorded at Forest Creek Memory Care of Overland Park, with 24 cases and 7 deaths. Forest Creek was among the first to find an outbreak and has said it is following best practices guidelines.

If no more cases are found, the outbreaks at Lakeview and Sunrise of Lenexa will be considered over before the end of the month. The facilities with the latest expected ending date are Advanced Health Care of Overland Park and Brighton Gardens on May 20. 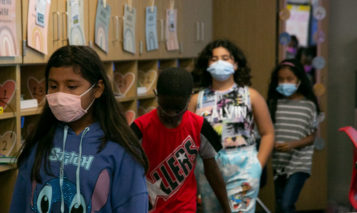