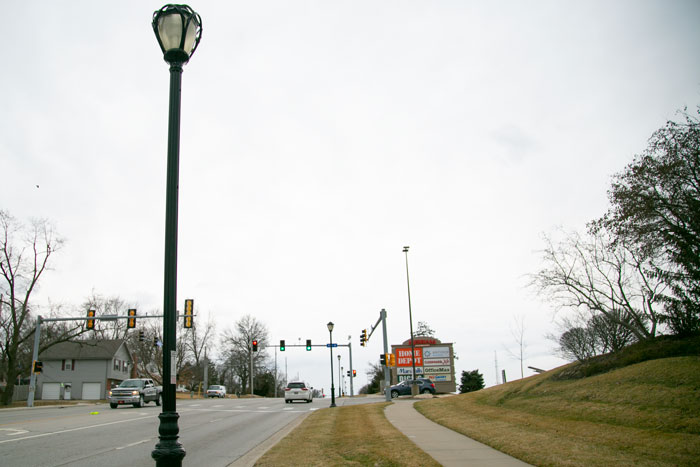 Of the 78 LED lights, 34 will be black decorative (pictured) and installed along Johnson Drive east of Antioch to city limits.

The Merriam city council last month unanimously approved the purchase of 78 LED lights for up to $372,804.64, excluding the value of in-house labor and equipment.

The approval comes after a late February discussion the city council had about moving to LED bulbs, a trend that’s been seen recently across the northeast Johnson County area. The 78 LED lights approved for purchase Monday evening will be installed in 2020 per the Merriam streetlight program, at the following locations, according to city documents:

Public Works Director Jim MacDonald said the city applied for a $70,000 community development block grant and was approved for $57,702 worth of grant funding. This brings Merriam’s total net cost of LED lights to a little over $315,000, before labor and equipment.

The city council approved the purchase with no discussion. Councilmember Bob Pape was absent.