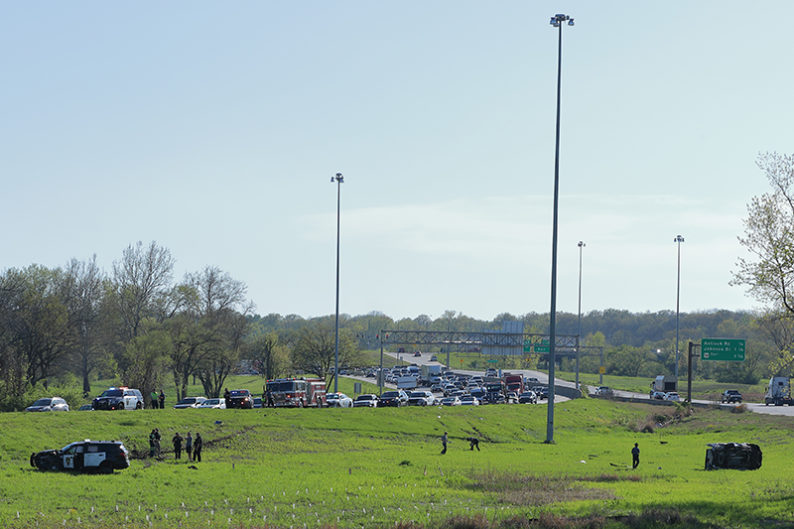 Pursuit of a vehicle that was reportedly topping speeds of 100 miles per hour ended in a wreck involving a police vehicle Thursday on I-35. Photo credit Mike Frizzell.

Pursuit of a vehicle fleeing Lenexa police ended with an officer-involved crash shortly after 5 p.m. Thursday.

Recorded radio traffic states that officers attempted to stop a silver Ford Flex that had been reported stolen. The chase started in the area of 87th Street and Monrovia after an officer told dispatchers that the suspect vehicle struck his patrol vehicle and was trying to drive away.

The suspect led officers northbound on Interstate 35 at officer-reported speeds in excess of 100 mile per hour.

The first police vehicle crashed into a pickup truck, which was not involved in the chase, just south of the Interstate 635 interchange in Overland Park. The crash caused the truck to roll into the median; the officer’s patrol vehicle also came to a stop in the grass.

Lenexa officers stopped chasing the suspect vehicle to check on the officer who had crashed. No injuries were reported in the crash.