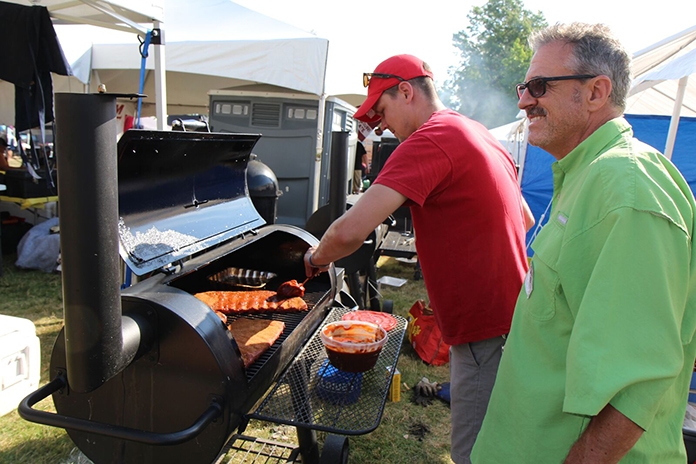 Lenexa this week decided to cancel the Great Lenexa BBQ Battle due to health and safety concerns with the COVID-19 pandemic.

Originally planned for June 26-27 at Sar-Ko-Par Trails Park, the event attracts thousands of barbecue enthusiasts with more than 185 pitmasters, chefs and teams from the region, as well as more than 250 volunteers.

“Unfortunately, we’ve reached the determination that it is necessary at this time to cancel the Great Lenexa BBQ Battle,” said City Manager Beccy Yocham to the city council Tuesday evening. “With so many of the decisions that we make, there’s no way to know what the state of the world is going to be when late June rolls around, but I think as long as we keep public health and safety in the forefront and… err on the side of caution in that regard, that’s the right decision.”

This year would have marked the 39th annual Great Lenexa BBQ Battle.

City staff are primarily concerned with health and safety issues related to large public gatherings and anticipate that large gatherings will be prohibited through at least early summer, Yocham said.

Adding to complications is the fact the event is food based, and staff are concerned about having ample access to supplies from vendors whose businesses may be on shaky ground during the shutdown. Staff was also concerned about the safety of judges and volunteers who may be older or at risk.

Yocham said the city has not yet spent any money on the event this year, but those deadlines are approaching. Making the decision now avoids any upcoming expenditures for an event that the city could possibly have to cancel anyway.

Early cancellation also gives the city time to notify teams, sponsors and vendors, ideally with enough notice before they spend any funds to prepare for the event, she added.

The council unanimously supported city’s staff decision, though it did not formally vote on it.

“I regret the recommendation, but I think it’s the right one,” said Councilmember Bill Nicks. “I think you’re on absolutely the right path of worrying about our volunteers, the judges, the teams themselves, our staff.”

After hearing supportive remarks from the council, city staff began taking steps to cancel on Wednesday morning, including notifying stakeholders.