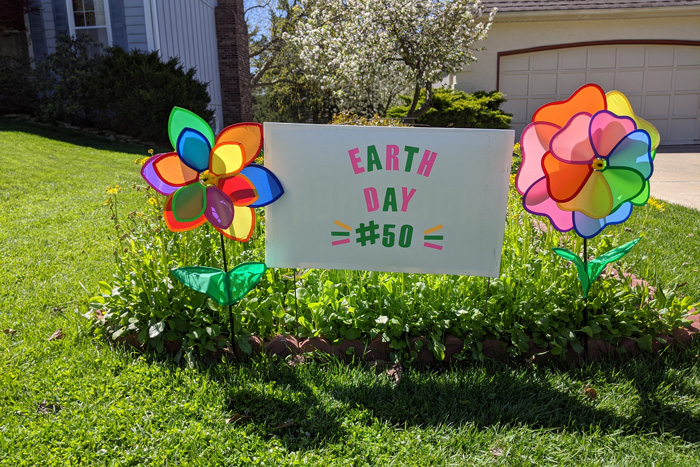 Today is the 50th anniversary of Earth Day, and the Mission Sustainability Commission compiled a list of events to celebrate — while still social distancing.

Below are some of the available activities, and you can also check out the full list here:

The city asks those who choose to participate to use some of the suggested hashtags found on the city’s website, such as #EarthDay, along with tagging @CityofMissionKS on Twitter.

Viracor Eurofins, a clinical specialty lab working on a test for the novel coronavirus, will move from Lee’s Summit to a new and larger lab and office in Lenexa. The company bought about 15 acres in Meritex Lenexa Executive Park. Construction is expected to begin August on a facility with about 110,000 square feet, with plans to move in during the fourth quarter of 2021.

The relocation will bring more than 340 jobs to Lenexa. The company provides clinical results to medical providers, transplant teams and biopharmaceutical companies.

Viracor Eurofins has seen a rush of new business lately, due to the COVID-19 pandemic. The company started working on its own test for the novel coronavirus early this year and ramped up development as the virus began spreading worldwide. [Lee’s Summit lab will move more than 340 jobs to larger space in Lenexa — Kansas City Business Journal]

Fred Lehman, a Republican from Overland Park, on Monday announced his candidacy for state representative in District 28, the seat currently held by Rep. Kellie Warren, who recently announced her bid for the State Senate. Warren’s candidacy sets up a primary against incumbent John Skubal. Former Republican Rep. Joy Koesten, who switched parties after losing the 2018 election to Warren, is running for the Senate seat as a Democrat.

Lehman will face Carl Turner, a Republican from Leawood who recently announced his entry into the race. A faith leader at the United Methodist Church of the Resurrection in Leawood, Lehman has been a small-business owner and completed a fellowship last year in the office of U.S. Congressman Jeff Fortenberry.