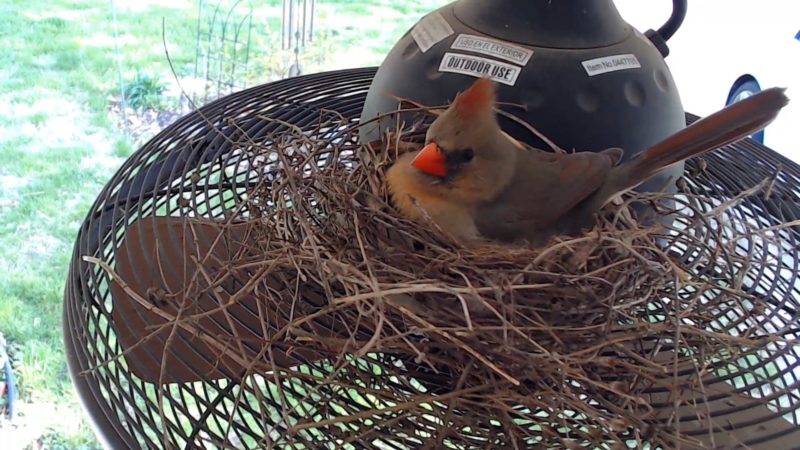 The Gormans have seen an increase in viewers since COVID-19 shelter-in-place orders began, but said they are experiencing more than double the usual traffic since putting up the cardinal nest stream. Photo via Littlehouse On The Prairie Village Facebook page.

Prairie Village residents Tom Gorman and Liz Randall-Gorman recently set up a live streaming camera on a cardinal nest that was built on their porch ceiling fan.

The nest is occupied by a male and female cardinal and two eggs. The eggs were laid April 13 and are expected to hatch sometime between April 24th and April 26th.

The Gormans have six total streaming cameras set up to capture birds and other wildlife on their property.

Their most common visitors are cardinals, chickadees, wrens, woodpeckers, finches and sparrows but they have also spotted cedar waxwings, Cooper’s hawks, and even a Great Blue Heron  — which was an unwelcome visitor at the couple’s koi pond.

But birds aren’t the only critters drawn to the couple’s feeders. Over the years they have snagged video of raccoons, possums and the occasional neighborhood cat.

The Gormans have been sharing photos and video of their feeders since 2006, with their website garnering visitors from across the world. 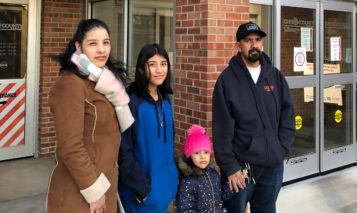 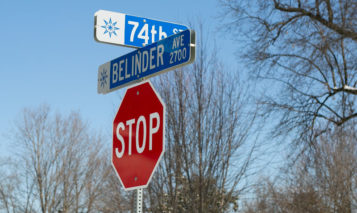 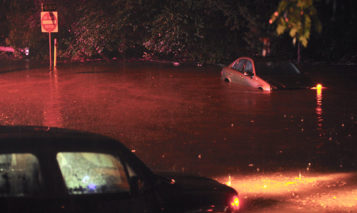