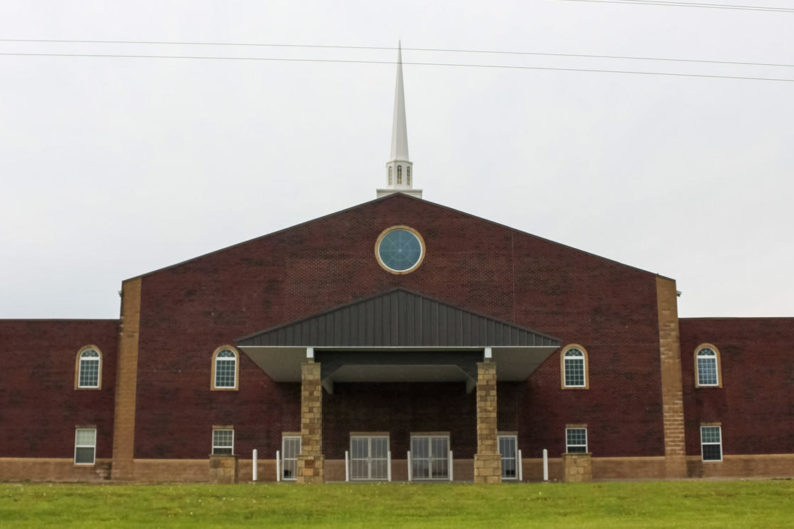 Some people sat in every other row and tried to maintain separation in the pews. A few wore masks.

“I believe very strongly that the Bible commands us to have church,” said the Rev. Scott Hanks, one of only a handful of ministers who held services in defiance of a statewide order, backed by the state Supreme Court, that limited even religious gatherings to 10 or fewer people.

Hanks and some Republican lawmakers had argued that complying with the order would not only violate their commitment to God, but also violate the U.S. Constitution.

On Thursday night, two Kansas churches, one in Dodge City and one in Junction City, sued Gov. Laura Kelly in federal court.

Religious liberty experts say the First Amendment freedoms aren’t absolute, but that government officials should take care not to abuse emergency powers in the name of public safety.

Hanks said he takes the threat of the coronavirus seriously, but thinks that Kelly’s order limiting the ability of churches to gather goes too far. He’s cancelled all of the church’s other activities and services, except its regular worship on Wednesdays and Sundays.

Kelly issued the executive order limiting the number of people who can gather in public or private to 10 or fewer on April 7.

“This order prohibits gatherings of more than ten congregants or parishioners in the same building or confined or enclosed space. However, the number of individuals — such as preachers, lay readers, choir or musical performers, or liturgists — conducting or performing a religious service may exceed ten as long as those individuals follow appropriate safety protocols, including maintaining a six-foot distance between individuals and following other directives regarding social distancing, hygiene, and other efforts to slow the spread of COVID-19.”

The chuches want an injunction from the court preventing the state from enforcing the order.

Before the lawsuit was filed, some Republican legislative leaders also thought the order went too far and challenged its validity at the Kansas Supreme Court. But the case turned on legal procedure, not the First Amendment right to freedom of religion.

The Kansas Supreme Court ruled in favor of the governor, so the order still stands.

Legislative leaders and Kansas Attorney General Derek Schmidt have not indicated that they plan to join any challenge to the order using the religious liberty argument. At least yet.

Luke Goodrich is senior counsel at the Becket Fund for Religious Liberty, an organization that defends religious organizations against government overreach. It has represented organizations and individuals in many high profile cases before the U.S. Supreme Court, including the Little Sisters of the Poor, an order of Catholic nuns fighting against having to provide contraception.

Goodrich said the First Amendment guarantees religious organizations many protections, but it’s not absolute. He said the same way free speech rights don’t protect you against spreading defamatory lies about their neighbor, churches don’t have a right to spread a dangerous virus to their neighbors.

“The government does have authority to protect public health and that authority has to be balanced with the right of religious liberty,” he said.

He said the arguments turn on a few key points.

First, religious events should be treated no differently than other gatherings.

Governments could get themselves into trouble, he said, if they try to make value judgments. For instance, he says they should treat food the same as spiritual nourishment. So if there are no required precautions at the grocery or hardware store and churches aren’t even being allowed to gather following social distancing precautions, he said that would violate religious freedoms.

Second, he said religious gatherings should be considered as close to essential as possible.

Goodrich said many religious organizations work with other emergency responders. Many distribute food to the needy. Others share stocks of emergency equipment. Some even run hospitals.

Third, Goodrich said government should work with religious organizations to allow them to do as much as possible, as soon as possible.

That could mean allowing enough staff to gather at their facilities to provide services over the internet, or allowing sacraments to be given as long as proper protective measures are in place.

“At a minimum, make sure that the temporary limits on in-person gatherings are lifted for religious groups as soon as safely possible,” Goodrich said.

Schmidt, the Kansas attorney general, has said that he believes Kelly’s executive order should be followed, but that it violates religious liberty.

“(It) must not be enforced by arrest, prosecution, fines or imprisonment,” he said in a statement

“It really hasn’t been necessary to bring down the hammer,” the governor said.

Douglas County law enforcement agencies said that its officers are prepared to enforce the order if necessary but would prefer to help people comply with it voluntarily.

The Douglas County District Attorney’s Office said it is not working on any prosecutions at this time.

Hanks, the pastor at Heritage Baptist Church said he has had several conversations with local law enforcement after his Easter Sunday services. He had planned to continue holding services inside his church on Wednesdays and Sundays. But after hearing that several members of his congregation were threatened with fines or even jail time for showing up and violating the governor’s order, he decided to start holding services outside in a tent with no walls.

He held the first outside service Wednesday evening.

Hanks said the Douglas County Sheriff’s office told him as long as people are keeping their distance, the outside services would not be violating the governor’s executive order.

“There might not be many people doing church gatherings right now,” Hanks said. “But …I feel for our own local congregation, and that’s really the only thing I’m concerned about.”

Brian Grimmett reports on the environment, energy and natural resources for KMUW in Wichita and the Kansas News Service. You can follow him on Twitter @briangrimmett or email him at grimmett (at) kmuw (dot) org.