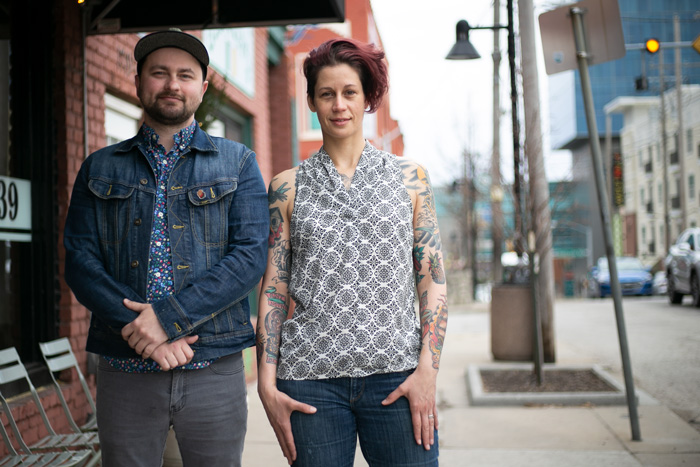 Despite the COVID-19 shutdown of restaurants and bars, one cocktail bar is coming soon to downtown Shawnee, joining the wave of new activity and reinvestment in the district.

Located at 5817 Nieman Road, Drastic Measures will focus on offering an “interesting” cocktail menu and a space for conversations. Co-founders Jill Cockson, Jay Sanders and Derick and Shelley Shackelford plan to open the cocktail bar in May. The site was previously a medical office.

“We are making progress as we can, and are still on schedule for a mid-May opening, if that is allowed,” Sanders said. “If the quarantine situation continues, we will simply wait until it is deemed safe to open.”

The business just received its state liquor license was approved this week, and the owners are working on many aspects of the cocktail bar from home, including menus, branding material, and best practices to ensure a safe and enjoyable guest experience.

Drastic Measures is one of several other projects in the works in downtown Shawnee, including McLain’s Market, Sixty16 apartments and restoration of Aztec Theater. Construction on Nieman Road has also hit several milestones in recent weeks, including aesthetic work on streetlights and trails.

The Shackelfords, who own the building for Drastic Measures, are collaborating with Sanders and Cockson to develop a vision for the space. Cockson also owns Swordfish Tom’s in the Crossroads District in Kansas City, Missouri.

“It really has all the right things; it’s in an area that’s up and coming,” Cockson said. “Not that this is the Crossroads yet, but it’s picking up, and it’s kind of what I see when you allow businesses to grow organically together, you get people that do what they do well.”

“It’s meant for people to go and connect and talk to each other,” he said. “I want them to feel like they are in a big-city cocktail bar, but it’s right outside their front door.”

Sanders, whose background is in bartending and cocktail mixing, said the menu will feature “interesting things but in a well thought out and measured way.”

“We’re not trying to do the most outlandish or crazy cocktails in the city, but we want people to enjoy it in a low-pressure environment,” he added.

The owners said they hope the cocktail bar will serve to complement the neighborhood breweries. Drastic Measures also plans to work with food partners to meet Johnson County’s 30% food sales requirement, although the owners are hoping that voters will approve removing that requirement in the November election.

“By letting those businesses grow and do what they do well and focus on that, you have the healthiest business models,” Cockson said. “When you throw in an obligation for everybody to do food, it kind of cuts everybody off at the knees because now everybody’s doing something mediocre and it creates a situation where they are competing with each other.”

Sanders said he was also impressed with the city’s requirements for environmentally friendly development.

“It seems a lot more progressive than other places in the Midwest, so that was really cool to hear,” he added.

Tentative hours of operation are 4 p.m. to 1:30 a.m. Monday through Saturday.