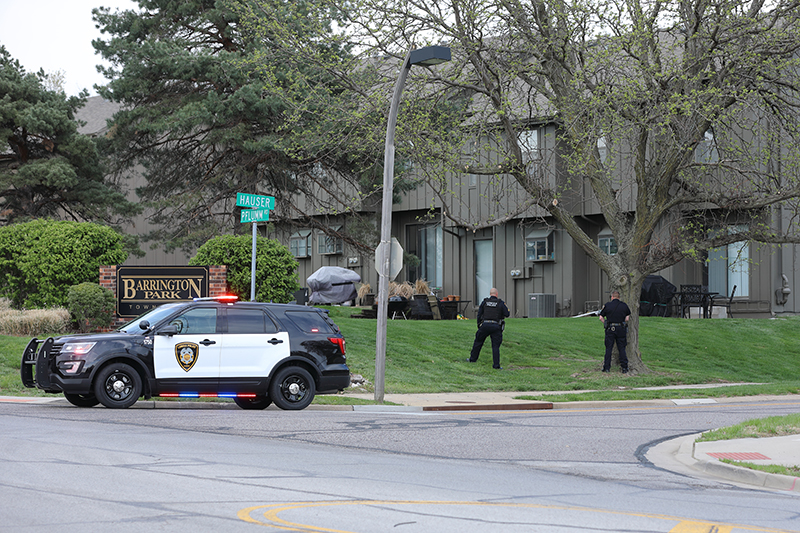 Lenexa police surrounded a townhome complex after a resident said a bullet had come through her unit. Photo credit Mike Frizzell.

Lenexa police on Tuesday evening surrounded a housing complex in the 10700 block of Haskins Court after a resident reported a bullet coming through her wall.

Recorded radio traffic indicates officers were called to the townhomes just before 5:30 p.m. when a woman called 911 reporting someone had “shot through her wall.” The caller told dispatchers that she believed the shot came from a neighbor’s home.

Officers could be seen along Pflumm Road with rifles at the ready as other officers contacted townhome residents.

“An individual’s gun accidentally discharged inside their residence,” Master Police Officer Danny Chavez said in an emailed response to questions. He says no one was injured, and officers determined that no crime occurred.