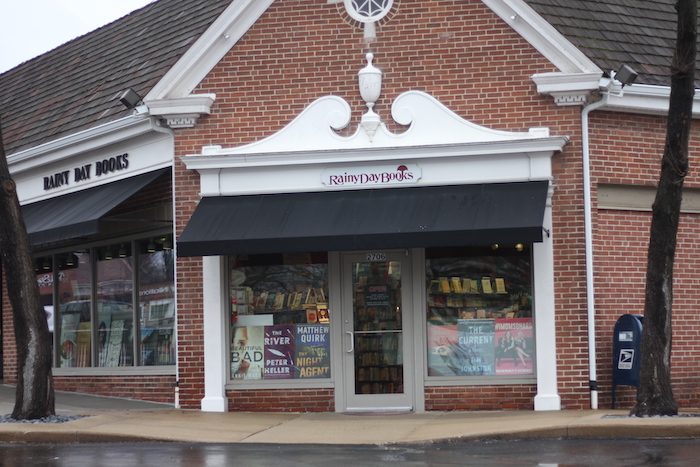 The owners of Rainy Day Books in Fairway have launched a GoFundMe campaign seeking to raise $280,000.

Even as similar operations fell to the likes of Borders and then Amazon, Fairway’s locally owned and operated Rainy Day Books has found a way to keep serving up good reads to the people of northeast Johnson County and beyond for more than four decades.

But in the face of the COVID-19 shutdowns, its owners say the shop is facing a challenge unlike one they’ve ever seen before.

Since the stay-at-home orders went into effect last month, Rainy Day Books owners Vivien Jennings and Roger Doeren have made changes to operations such as working with a “skeleton crew” and operating with closed doors for the first time ever. Now, Jennings and Doeren are asking the community for added support as Rainy Day Books will see a six-month shortfall of revenue: The pair started a GoFundMe campaign with a goal of raising $280,000 to make ends meet as they see revenue losses from COVID-19.

“We’ve done this long enough that we’ve had our run of challenges, but this is different,” Jennings said. “We didn’t see it coming, exactly, so we had to really reinvent ourselves.”

Although people purchasing books is helpful for Jennings and Doeren, it’s not enough to keep the business afloat. The six-month shortfall of revenue will be from events such as in-person author events and school and nonprofit events that can’t happen for safety precautions, Jennings said. The shop has made a name for itself on the national writers’ touring circuit, bringing in big name authors like Walter Isaacson and Jonathan Franzen in recent years. Revenue from events typically covers Rainy Day Books’ rent and utility bills, as well as part of their payroll, she said.

The $280,000 goal of the GoFundMe campaign — which was launched on Easter Sunday and has raised almost $12,500 as of Tuesday afternoon — is what Rainy Day Books’ advisors estimate the business will need prior to the return of full operation, Jennings said. Jennings and Doeren said they don’t anticipate receiving financial aid from the Fairway Shops’ owner, and have been advised not to rely on federal or state aid. (First Washington Realty, which owns the shopping center, declined to comment for this story.) Jennings and Doeren say they’ll leave the campaign up for as long as it takes to reach the goal. Jennings said the outpouring of support and messages is appreciated, and it shows how Rainy Day Books has created connections throughout the area.

Fairway Mayor Melanie Hepperly said if the city and the community were to lose Rainy Day Books, “it would be a great loss for many reasons and for many people.”

“Rainy Day Books is a gem,” Hepperly said. “Vivien and Roger bring so much to the table, not only locally to our community, but regionally and nationally as well.”

A loss of Rainy Day Books isn’t on Jennings’ mind, though: She said she intends to fight for her business, as hard as possible, as she and Doeren are committed and passionate about the store. Despite the current circumstances and the uncertainty of what lies ahead, Jennings said she remains hopeful because of the Rainy Day Books community. The GoFundMe campaign notes that, “On November 4, 2020 we will celebrate 45 years of storytelling, and we hope you will all join us in celebration.”

“I believe in the community,” Jennings said. “I believe that when they know [we need help], they will come forward for us. I really do — I wouldn’t have even started it if I didn’t believe that.”

To make a donation to Rainy Day Books’ GoFundMe campaign, which will fund short-term gaps in operational expenses and long-term efforts to continue author events, visit the campaign here. To purchase a book or gift card from Rainy Day Books, visit its website here.