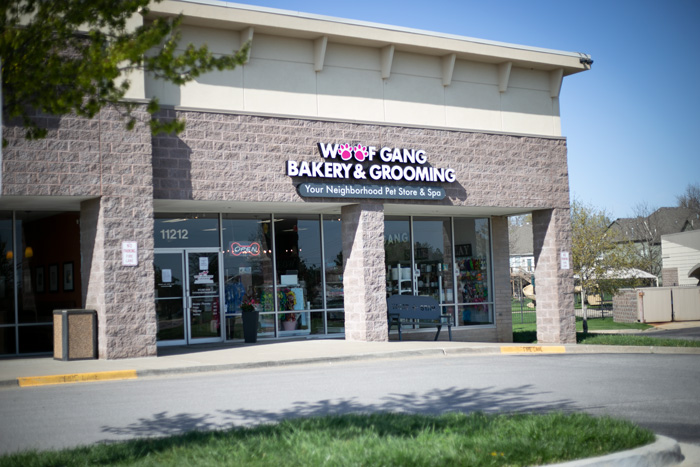 Woof Gang Bakery in Overland Park and other pet service businesses have reported unclear guidelines on whether grooming is an essential function under the governor's executive order.

Local businesses in the pet services industry are bitterly divided over one question: Is pet grooming essential?

Lacking definitive answers from state and local agencies, the discrepancy has cost some Johnson County business owners hundreds of dollars a day since they shuttered operations. The result has caused disparity in the local pet services economy, as some businesses closed and lost revenue to their competitors still offering grooming services.

Spring is the busiest time of year for dog groomers as owners get pets ready for the summer with haircuts, baths and other services. And up until March 30, when the governor’s order went into effect, grooming services were allowed to operate under Johnson County’s mandate.

Owners are frustrated by the mixed responses; some have heard from multiple agencies they are permitted to continue all of their operations, including grooming.

“I’ve talked to so many people, so many officials, and I’ve literally gotten every different answer you could possibly think of,” said Andrea Galeski, owner of Puppy’s Playpen in Overland Park. “I don’t think anybody 100% knows with 100% certainty what’s allowed and what’s not.”

Several grooming salons shuttered immediately after understanding they are deemed non-essential, including Adorable Animal Designs in Shawnee. Owner Kari Harris estimates that she’s lost anywhere from $700 to $1,500 a day since she closed the first week of April.

Frustrated that other grooming businesses continue to operate, she and peer business owners have repeatedly called open businesses urging them to discontinue, and have also notified the police.

“This isn’t a small thing; this is people’s whole lives of busting their butts for a business possibly going down the drain and closing,” Harris said, “These guys that are staying open are raking in the dough right now.”

Several grooming services were still open on Monday, but by Thursday, most had closed or discontinued.

The owners of Puppy’s Playpen and Woof Gang Bakery in Overland Park are exasperated by a continuous stream of phone calls and having the police called on them. Robbins said anonymous callers have also continuously called her husband’s cellphone.

“It’s gotten so out of control, it’s wearing me down,” Robbins said, calling it “borderline harassment.”

After reporting her concerns, Harris said she’s afraid her efforts have put a target on her back.

“I’m not wanting to get anyone in trouble; I just want it to be fair across the damn board,” Harris said. “All I want is the real answers.”

Groomers consider their work essential for health of dogs, owners

Some businesses argue that grooming is essential, especially for dogs in homes with people who have allergies, asthma, a newborn baby, compromised immune systems and/or other extenuating health circumstances. And all of the businesses we talked to stressed that they’ve taken extra precautions with sanitizing their spaces and enforcing physical distancing.

“It would be unethical and irresponsible for us to not groom — grooming could be a full haircut or a bath,” Galeski said. “All this fear is going on; I’m not going to say no in those situations.”

Robbins agreed, saying grooming is essential because it removes dander and extra hair from a dog’s winter coat. She used this form to check her essential status.

“If you don’t get that hair off, they’re going to get bacterial infections,” Robbins said. “I think all groomer shops should be up and going, as long as they’re able to have the facility like mine and implement the precautions that we do.”

And it remains unclear who should enforce compliance.

In an email Monday, the KEFF team told Harris that law enforcement agencies should enforce compliance with executive orders, just like state laws. Officer John Lacy with the Overland Park Police Department, however, said they’re only reporting non-essential businesses to the state.

“And since it is a state order, it is up to the state to enforce,” Lacy said, adding the Johnson County Sheriff’s Office has more jurisdiction.

Attorney General Derek Schmidt recommended that “no criminal enforcement of these orders until they have been properly published.” Violating the order is a Class A misdemeanor of up to a year in jail.

Spokespersons for police departments in Shawnee, Leawood and Lenexa said they’re stressing education and not writing any citations yet.