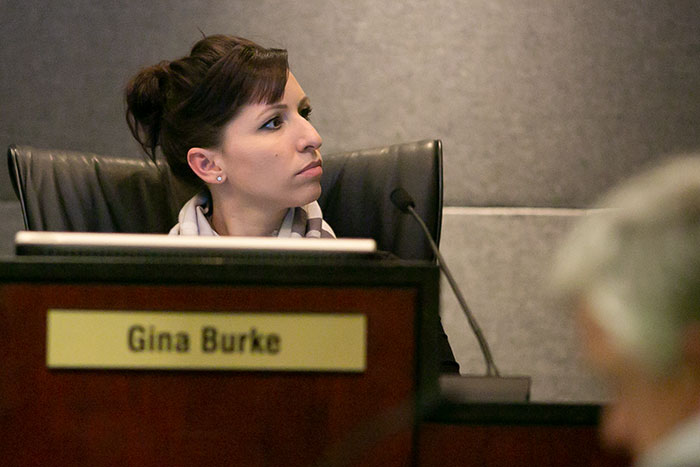 Councilmember Gina Burke, seen above in a file photo, has moved out of the city and stepped down from the governing body.

First term councilmember Gina Burke informed Overland Park officials via email today that she has moved out of the city and was consequently stepping down from her Ward 4 seat.

Burke said she and her family had been discussing the move for some time. Her son is being required to repeat a grade, and she said the family decided they needed to relocate so he could start fresh at a new school

Real estate records indicate that the sale of Burke’s home near 127th Street and Nieman Road closed last week, meaning she was no longer a legal resident of the city on Monday, when she participated in the governing body’s meeting. Contacted Wednesday afternoon, Burke said the initial closing date for the sale had been set for later, but that the family that bought her house asked to move their move in date up.

“It was a rushed situation,” she said.

Overland Park Communications Manager Sean Reilly said the governing body and administration would be discussing the implications of Burke voting during this week’s meeting despite her non-resident status at the council’s next meeting, to be held April 20.

Burke defeated four-term incumbent Terry Goodman in the fall 2017 elections to take one of the two seats representing Ward 4, which runs from 119th Street south to 151st Street on much of the western half of the city. During her time in office, she was a consistent critic of the city’s use of tax finance incentives, and was one of two councilmembers to vote against the plans to redesign Santa Fe Commons, now Thompson Park, off downtown. She was among the three members of the council pushing for the city to move ahead with planned pay raises for police and fire personnel during the COVID-19 pandemic.

“I really do think that more people in the city feel the way I do on TIFs and our budget,” she said. “I’m sure the other people on the council who feel the same way will continue to push those issues.”

A committee made up of Mayor Carl Gerlach, Council President Fred Spears and Finance, Administration and Economic Development Committee Chair John Thompson will determine the process for selecting a replacement for Burke. 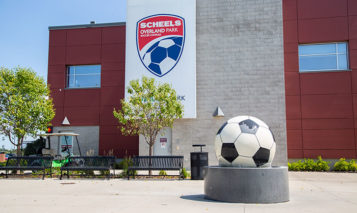 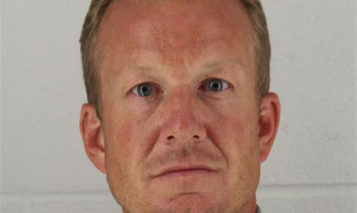