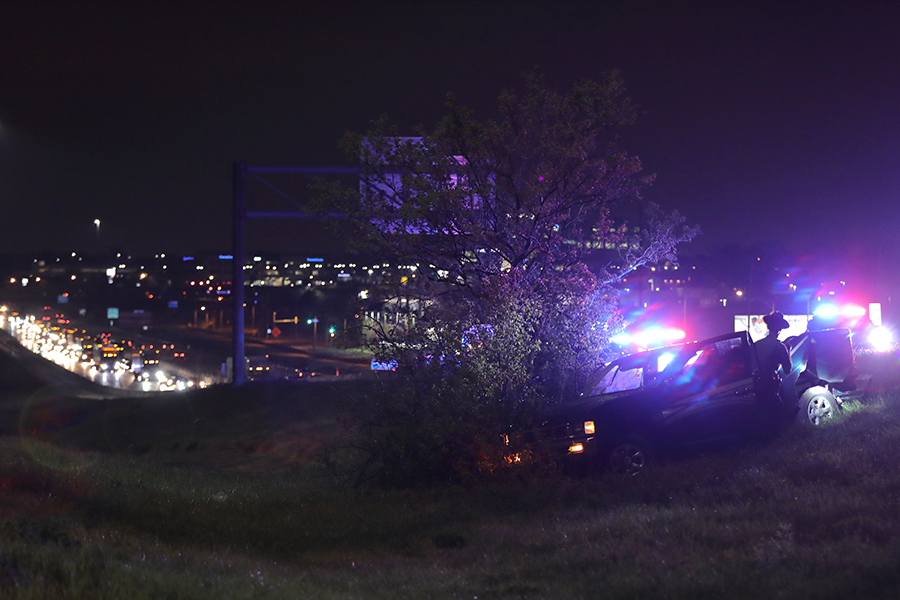 A Toyota Rav4 rear ended a stalled pickup truck on I-35, leading to the man's injury. Photo credit Mike Frizzell.

A 56-year-old Kansas City, Kan. man, was critically injured when he was hit by an SUV on southbound Interstate 35 late Monday in Lenexa.

The Kansas Highway Patrol says at approximately 9:15 p.m., a 1997 Nissan pickup was stalled in the right lane of southbound I-35 south of 75th Street when a 2013 Toyota Rav4 rear-ended it.

In the preliminary crash log, Troopers say the driver of the Toyota failed to slow for the stalled vehicle. The collision pushed the stalled pickup into the 56-year-old Kansas City man who was outside of the truck, throwing him more than 100 feet down the highway. The pickup came to a stop off of the interstate.

The driver of the Rav4, a 43-year-old Overland Park man, was not injured in the crash and remained at the scene.