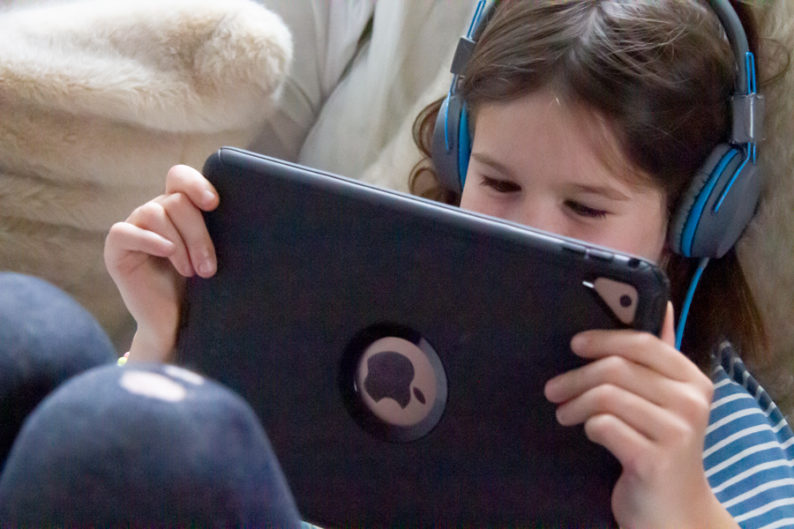 And one parent group is advocating for the use of a model that could help turn technology into a “transformative tool” for students.

Digitally Wise has been promoting the educational technology model ever since.

And now with the coronavirus pandemic moving learning online using Everyschool’s model could be a game changer, the group says.

“The EdTech Triangle would even make our current situation with distance learning easier for families with multiple children,” Digitally Wise member Kimberly Whitman said. “All students would be accessing the same resources instead of a myriad of options that are currently available.”

Whitman — who has a fifth and a sixth grader — said Everyschool is backed by educators and healthcare professionals, and The EdTech Triangle (TET) is academically and medically research-based. The educational technology model would provide consistency within individual schools, but also districtwide, she said.

District administration says whether or not the framework is approved and utilized is more layered than meets the eye, but that it will consider TET as work on its strategic plan continues.

Blythe Winslow, co-founder and executive director of Everyschool, said TET is the first “research-based model of healthy classroom tech use” to Everyschool’s knowledge — and, it’s free to use.

Since TET’s recent launch last October, Winslow said the framework has led to an enthusiastic response: Everyschool is aware of several schools who are using the model and dozens of educators have pledged to use TET in their classrooms or download classroom posters.

“The goal of our Triangle is to support schools in embracing best practices with technology in the classroom, which we believe will lead to happier, healthier students and better academic outcomes,” Winslow said. “Technology is not always a neutral learning tool, and TET can help teachers minimize its negative effects and capitalize on its more transformative uses.”

Winslow said Everyschool hopes to measure its impact closely as it grows, by gathering information from schools using TET. Everyschool used “only the best and most significant” research on TET, such as when “tech fuels learning and wellbeing, or when it might hinder those things,” she said.

Although the coronavirus pandemic poses difficulties across education, she said if a school implements best practices before a crisis, things will be easier during a crisis.

The benefits the district would see from the implementation of TET are widespread, but deal largely with consistency, Whitman said.

Below are the ways the framework could accomplish this, as Whitman said it would:

Aside from the technology usage inconsistencies between classrooms, Digitally Wise has concerns about both screen time management and the applications available to students.

Shawnee Mission addressed screen time in its recent Continuous Learning guidelines, something Digitally Wise says it has been asking the administration to do for years.

Below are those guidelines:

The EdTech Triangle screen time limits are significantly less than that of the district’s during COVID-19: The recommendations for pre-k students is no screen time, and the highest allotted screen time is for juniors and seniors at 70 minutes per day.

Additionally, Shanahan — mother of two fourth graders — said Shawnee Mission parents of secondary students might not realize that when elementary students access their iPads,“there’s so many different things on there that it’s like a rabbit hole.”

The concern regarding applications doesn’t stop there.

Shanahan said she brought up application vetting during a digital task force meeting, and the district admitted they needed to make improvements to the available applications. She said parents and teachers “have begged” the district to get these issues straightened out for five years now, and it has nothing to do with the current circumstances but rather “everything to do with them not fixing a problem.”

“We have not been asking [the district] to do away with technology, we are not anti-technology,” Shanahan said. “We have asked them to do a comprehensive review and appropriate surveys, you know, a real audit, by those not profiting from the use of technology.”

Whitman said she met with Shawnee Mission’s Darren Dennis, director of curriculum, instruction and assessment in November 2019 to introduce the website to him. Then in February 2020, Whitman and Shanahan met with Superintendent Mike Fulton and Deputy Superintendent Rick Atha to share Everyschool’s mission and provide them with materials.

Fulton and Atha told Digitally Wise they would pass along the information, and when the parent group followed up, they were instructed to contact Dennis. Whitman said she checked back in with Dennis prior to the Kansas school closure decision, and he told her he was still reviewing the materials and had yet to make a decision.

Everyschool has offered to present the research behind TET and explain the positive impacts to Shawnee Mission free of charge, Whitman said. The parents are unsure what model, if any, the district is currently using to base its digital learning curriculum on, and that’s where the problem lies, Shanahan said.

“It’s not about the devices, it’s about the model,” Shanahan said. “That’s why we’re interested in Everyschool, because if you’re looking for a model, why wouldn’t you be looking for one that is research-based — and not researched by technology companies, academic research and medical research.”

Dennis said decisions about screen time is managed at individual schools and varies by classroom. Additionally, he said the district expects teachers and building administration to “think of devices as ‘tools,’ which are used in pursuit of” the district’s objectives.

The district has developed clear work objectives, in that “each student will develop a personalized learning plan” for college, career and life readiness, Dennis said. As a result, the district must evaluate each action to determine whether or not it contributes to students reaching those objectives, he said — and TET is no exception.

Dennis said TET would impact each piece of the Shawnee Mission system, and the district must consider how it will affect the whole. He said the district has heard a presentation on TET from a member of Digitally Wise, and that the model can currently be a “resource to inform continuous improvement in district and building level work.”

“As we transition to continuous learning in a distance learning environment, our energy has been focused on how we support our teachers, so that they can continue to support our students in moving toward our objectives,” Dennis said. “We do not currently have any timeline for receiving a presentation from Everyschool.”