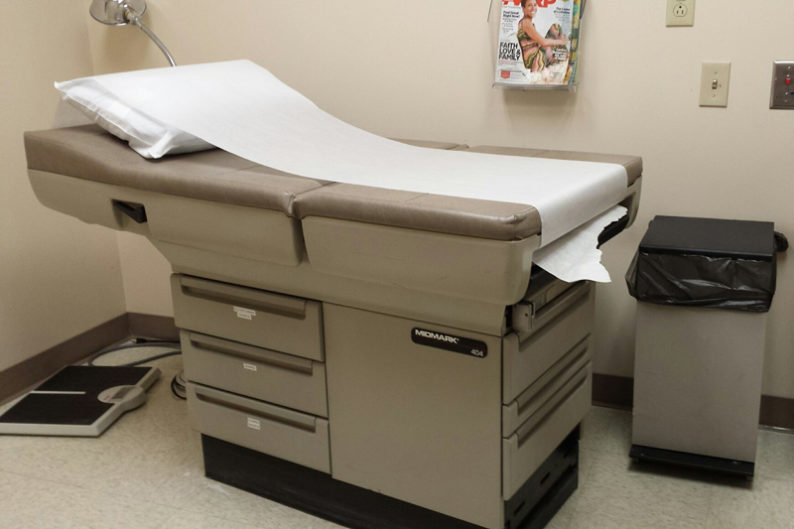 The huge spike in layoffs and unemployment claims means many people are facing the loss of their insurance coverage. Photo credit Wonderlane. Used under a Creative Commons license.

A wave of layoffs resulting from the economic impact of the coronavirus means people with employer-sponsored health coverage are also losing their insurance just as demand for medical care is likely to increase as a result of the pandemic.

Unemployment claims in Kansas skyrocketed from under 2,000 on March 14 to nearly 25,000 as of March 23, according to the Kansas Department of Labor. While the Affordable Care Act marketplace and the COBRA program can offer coverage options for people who have just lost employer-sponsored coverage, the monthly premiums for those plans can be hundreds of dollars a month for a family — prohibitively expensive for people who have just lost their source of income in many cases.

Though the Coronavirus Aid, Relief and Economic Security (CARES) Act does provide expanded unemployment benefits, the package did not contain any health insurance-specific relief. Ahead of the passage of the CARES Act, insurers — including America’s Health Insurance Plans and the Blue Cross Blue Shield Association — provided Congress with policy recommendations targeted at maintaining access to care for those who may have or might lose their jobs. Among those policy recommendations, which can be found here, was the call for a 90% subsidy of COBRA or other insurance premiums. That recommendation was not included in the bill approved by Congress and signed into law by the President.

Kristy Baughman, the director of education and planning at the United Community Services of Johnson County, said the bottom line is that lower income adults without children in Kansas who can’t afford health insurance premiums will be going uninsured.

Baughman said one option for the uninsured is to seek out hospitals with charity programs, such as the Health Partnership Clinic in Olathe,  that will provide some care for those unable to pay — though not hospitalization. Additionally, anyone who is undocumented does not qualify for ACA or Medicaid subsidies, she said.

U.S. Rep. Sharice Davids said the Kansas legislature needs to build on their progress and act quickly to pass a Medicaid expansion bill to help the uninsured. Expansion would provide more than 150,000 additional Kansans — who don’t have coverage and are likely to go without testing and treatment while coronavirus is spreading — “quality, affordable healthcare,” she said.

“Congress should support this action by passing legislation I’ve long pushed for, the Incentivizing Medicaid Expansion Act, which would increase federal support for states like Kansas that expand Medicaid,” Davids said. “During this time of uncertainty, no Kansan should have to worry about whether they will receive the care they they and their families need to stay healthy and safe.”

Health insurance companies say they have been working to accommodate people’s needs in this unprecedented situation. Kristine Grow, senior vice president of communications at AHIP, said there has been action on the part of healthcare insurance providers to ensure people stay covered and protected from high costs related to COVID-19.

“From expanding public health capacity, to ensuring access to testing, to taking action to mitigate the economic and societal impact, we know these are serious and significant times,” Grow said. “We also know that immediate, collective action — by the private sector and all levels of government — can help resolve this challenge.”

Franco Oliver, an employee benefits account executive at Assured Partners, Inc., said there are a handful of options people who have lost their coverage can explore.

Many medical carriers are being flexible during this time, and some employers are amending eligibility requirements to allow recently laid off employees to keep their health insurance plans, Oliver said. If someone loses their job and is concerned about what that means for their health insurance, there are a few options to consider:

People who have lost job-based health insurance are oftentimes offered COBRA — a law passed in 1985 allowing those who have been laid off to continue their health insurance coverage — as a way to continue coverage from your former employer. COBRA can last up to 18 months or even longer in some circumstances, Oliver said, but it can be an expensive option.

Health Markets licensed insurance agent John Morgan said COBRA is available for employers with 20 or more employees, meaning if you worked at a place with 20 or fewer, you would need to look into some other options.

For those who fall under the 20 or fewer workplace category, state continuation would be an option similar to COBRA — most people don’t know the difference between the two, Morgan said. With state continuation, the recently unemployed have the right to continue their current employer-sponsored insurance, he said. The difference is that the unemployed will be responsible for 100% of the premium, whereas their employer would have been paying at least 50% of the premium, he said.

Although the annual open enrollment period for ACA is Nov. 1 through mid-December, those who lose coverage through no fault of their own would be granted a 60-day special election period through ACA, Morgan said. An individual can purchase a plan directly through the health insurance marketplace, or through health insurers that sell ACA-compliant plans directly to individuals, Morgan said.

If a plan is purchased on the marketplace, there might be an opportunity to become eligible for a premium tax credit to offset some of the premiums based on a person’s income, Morgan said. It’s important to immediately apply for unemployment, though, as the eligibility for premium tax credit is based on 2020 income, he said.

Medicaid is a less likely option for the recently unemployed, Morgan said. Those who qualify for Medicaid are severely disabled, and children and single mothers with low incomes, he said.

Another option is to purchase a short-term health insurance plan that can last four months up to one year, Morgan said. The downside to a short-term plan is that “they’re pretty catastrophic,” he said: Short-term plans don’t cover much, there is no guaranteed ability to sign up and they tend to ask several medical underwriting questions.

On the other hand, Morgan said short-term health insurance plans are quick, easy, and inexpensive options to hold someone over for a few months.

When it comes to COVID-19 testing, it doesn’t matter whether or not you’re insured — the testing cost will be completely covered, most likely by the government, Oliver said.

Additionally, Oliver suggests anyone who recently lost a job and as a result, their health insurance, should take action within 30 days. Morgan suggests those recently unemployed take the following steps: