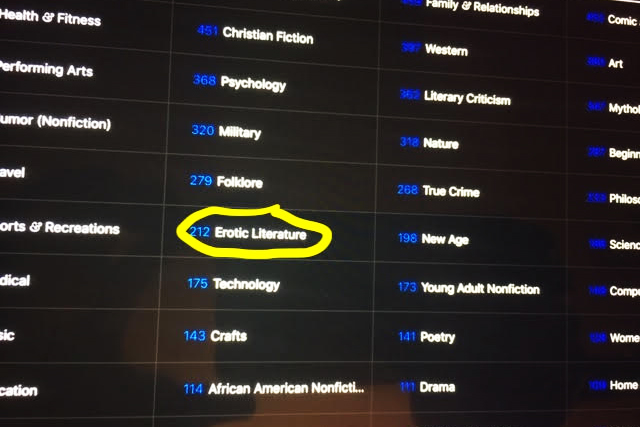 Since learning about the issue earlier this week from distressed parents, the district has since pushed out a command to remove Libby from all devices.

“The district application review committee reviewed the app over spring break, believed it to be similar to the Johnson County app, made sure it would function on district devices, and pushed it out to all iPads,” said Shawnee Mission Chief Communication Officer David Smith. “Subsequently, the district received an email indicating that the app provides access in the public library system to titles which are inappropriate for children…The district examined the app again, and discovered that it does not allow the district to filter content in the same way that the Johnson County Library app does. For that reason, we have pushed out a command to remove the app from all devices. This is being done the next time each individual device connects to the district servers.”

In an email update Tuesday afternoon, the district reported that parents have expressed concerns about the app.

“HOW ON EARTH can elementary students’ school issued devices be loaded with a library app that provides adult content?!!” wrote Gretchen Shanahan, a member of the Digitally Wise parent group, in the email. “How many years, how many parent voices, how many teacher voices, how many news stories does it take for district administration to figure out that this is NOT OKAY… that those responsible for device content aren’t getting the job done?”

Shanahan said her student could access the explicit material on the district-issued device without parental knowledge or consent.

District staff said reports of app concerns may be shared with a teacher or building administrator to initiate a review by the App Review Committee.