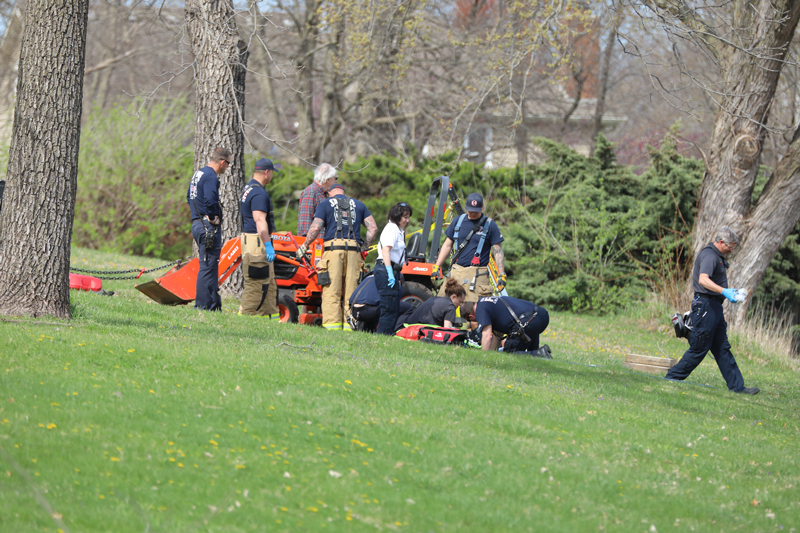 Shawnee firefighters and Johnson County Med-Act paramedics worked for about 30 minutes to safely remove a man who became pinned under the mower deck of his lawn tractor on Wednesday afternoon.

The call was dispatched shortly after 3 p.m. in the 13300 block of West 71st Street.   Recorded radio traffic indicates the lawn tractor began to roll backward down a hill.

The man, who was described as being in his 70s, tried to jump onto the tractor, but he was knocked over, and his right leg became pinned under the tractor’s mower deck. The mower deck was not running.

A neighbor says she found the man and was able to set the brake so the tractor would not roll further and then called 911.

Shawnee Fire Marshal Corey Sands says firefighters called for a second apparatus to respond for assistance with the extrication.  Firefighters used rescue tools and a fire department SUV to secure the tractor in place as they worked to free the man’s leg.