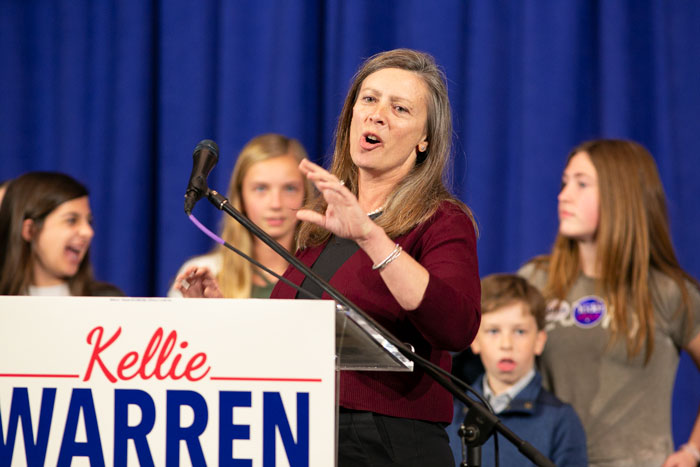 Rep. Kellie Warren, currently serving a term in the Kansas House as the representative for the 28th District, beat out Skubal with 63% of the unofficial vote for the Republican track to the Kansas Senate’s 11th District. Above, Kellie Warren thanking supporters in 2018. Photo credit Emily Park.

First-term Republican Rep. Kellie Warren on Friday announced she was entering the race for the Senate District 11 seat currently held by John Skubal, setting up a primary.

In her campaign announcement, Warren said she was running to champion “common-sense, real-world solutions that will get our economy growing again.”

“I’ve successfully helped pass a comprehensive transportation plan, ended the constant litigation that has plagued our schools, supported vital tax relief for our Kansas families, worked to lower your utility bills and property taxes, and consistently stood up to protect the sanctity of all human life,” she said of her time in the House.

Warren defeated first-term Republican Rep. Joy Koesten in the primary for House District 28 in 2018. Shortly before her exit from the House, Koesten was part of a wave of elected Johnson County Republicans to change party affiliation to Democrat. In January of this year, Koesten announced she was running for the Senate seat.

Skubal, a former member of the Overland Park city council, has been at odds with the more conservative factions of the Republican party since he took office in 2016. Earlier this year, he was the lone Republican to vote against advancing the proposed constitutional amendment that would override the Kansas Supreme Court’s ruling saying women have a right to abortion.

Asked for comment on Warren’s entry into the race, Skubal highlighted his years of service on the Overland Park city council, and noted his work on setting financially sustainable budgets for public institutions.

“I am a proponent for fiscally responsible budgeting and long term planning for Kansas,” Skubal said. “For the past four years, ‘Kansas Common Sense’ has resided on the back of my campaign t-shirts. I took that message to Topeka to encourage my colleagues to enact responsible legislation.”

Warren is a graduate of Shawnee Mission South, Cornell University and the University of Kansas School of Law.

District 11 primarily covers a swath of Overland Park and Leawood south of I-435, though a portion falls in the Shawnee Mission area: 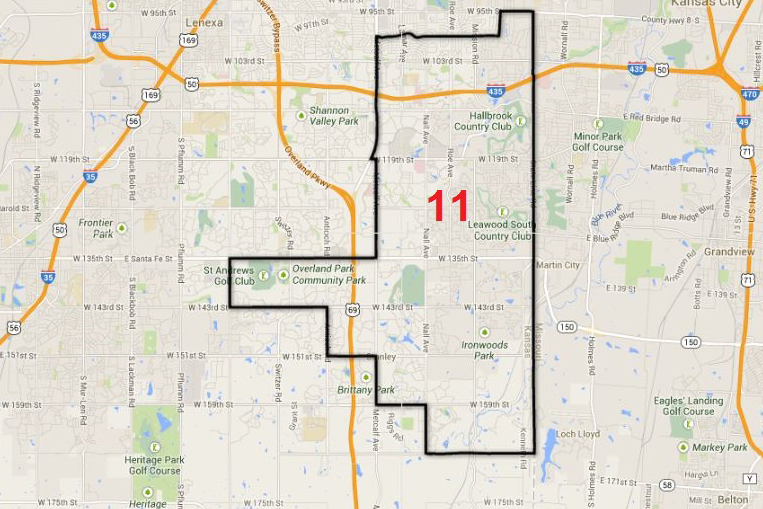