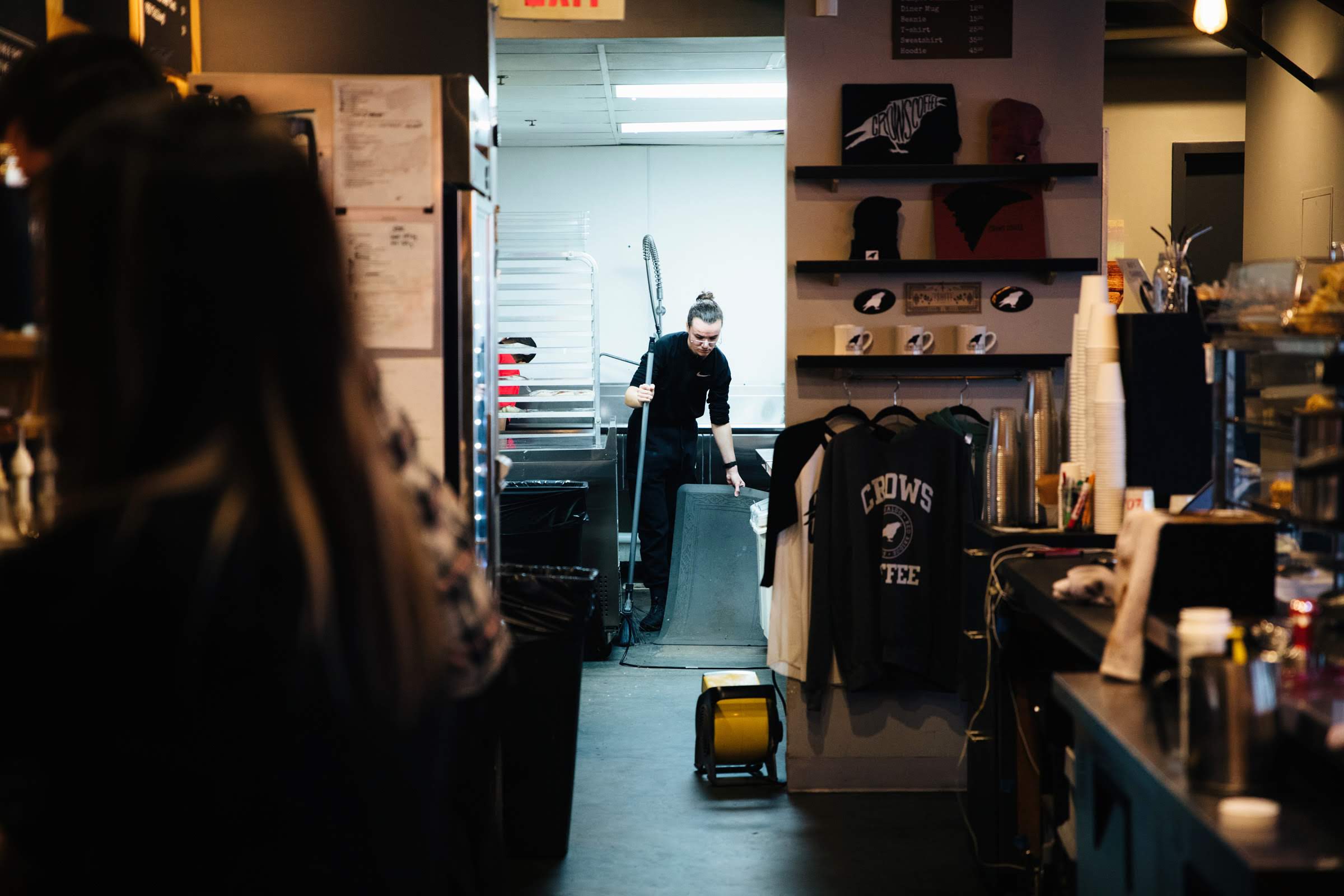 By Celisa Calacal, The Beacon

For nearly five years, Violet Nudson has been a bus driver in the Olathe School District.

But in recent weeks, with the spread of the coronavirus across the U.S. and an order from the Kansas governor to close schools, Nudson is suddenly unemployed.

“We’re having to use our contingency plan for summer now,” she said. “That’s going to be scary because bills still have to be paid. … We’re basically playing the waiting game.”

Nudson’s situation illustrates the economic ripple effects of the COVID-19 pandemic. With positive cases continuing to increase as more testing is done, more states and localities have ordered restaurants, bars, businesses, and schools to close or restrict services as a way to mitigate the spread of the virus. As a result, workers across the country and in Kansas City have found themselves out of a job — and out of a paycheck — indefinitely.

On March 21, Kansas City metro governments issued a “Stay at Home” order for all Kansas City residents beginning Tuesday, March 24, and lasting for 30 days. Under the “Stay at Home” order, which applies to Jackson, Johnson, and Wyandotte Counties and Kansas City, Kansas, all residents are directed to stay home except to take care of essential needs, and all non-essential businesses must close. Other municipalities near the metro have enacted similar orders. Farther out, St. Louishas passed a similar order; a Wichita order awaits approval from a local health official.

Several businesses in Kansas City have already temporarily shut down as a result, but those who chose to remain open have reduced workers’ hours or cut wait staff altogether.

Zach Moores, owner of Crows Coffee, said all three locations will close down Tuesday, when the “Stay at Home” order begins. He said he’s already had to ask about forbearance on his loans, adding that other businesses have also done the same.

“It’s hard to think further than three to six months, to think about what I’m going to be doing if Crows fails, if the business fails completely, and I’m kicked out of all my spaces — I have no idea,” he said.

“You think you know what you’re doing one day, running a business, and then s*** like this happens and you suddenly feel completely lost.”

Reduction in hours has left workers scrambling to figure out how they’ll be able to pay their rent and utility bills. And in a country where a growing number of people spend more than 30 percent of their income on rent — and where the poorest 20 percent of households spend more than half of their income on rent — government officials are discussing relief measures to help the those who will find themselves rent-burdened as a result of the coronavirus.

To address concerns over housing and utilities, nearly 90 cities and states in the U.S. have suspended water shut-offs for residents. Kansas Gov. Laura Kelly enacted an executive order freezing mortgage foreclosures and rent evictions. On the federal level, the Trump administration announced that the Department of Housing and Urban Development will suspend all foreclosures and evictions until the end of April, but the directive only applies to single-family households with mortgages under the Federal Housing Administration.

In Kansas City, WaterOne and KC Water have temporarily suspended water shut-offs, and Evergy also announced it would waive late fees and suspend utility shut-offs for people unable to pay their bills. Jackson County announced it will stop enforcing evictions through April 18, after pressure from housing advocacy group KC Tenants. The group has also called on the city to enact an immediate moratorium on rent increases and a rapid expansion of services for people experiencing homelessness.

Before Kansas City’s “Stay at Home” order, Lily Cosgrove had been working as a server and host at Cafe Gratitude in the Crossroads. The job was Cosgrove’s only source of income.

“Technically, I have some savings but I don’t want to exhaust my savings for this,” she said. “It’s not my fault. I feel like those companies, instead of saying we won’t turn (utilities) off, they should just waive all fees right now for people that don’t have income.”

According to a recent study by The New York Times, those in customer-facing jobs, like wait staff or retail workers, face increased risks of contracting the coronavirus because their job requires physical proximity to other people. Risk is further compounded since they make less than the national median wage and often do not have access to paid sick leave.

For parents, there’s an added layer of difficulty.

Sarah Rollins had to quit two of her three part-time jobs to self-quarantine and watch over her two kids, one of whom is immunocompromised and at greater risk of contracting the coronavirus. She said she’s tried to ask her mortgage company about possible deferment, and that her bills are now past due.

“I have three part-time jobs and I’m only able to work one of them right now because I work from home,” she said.

“We already barely scrape by as it is. It’s going to be rough.”