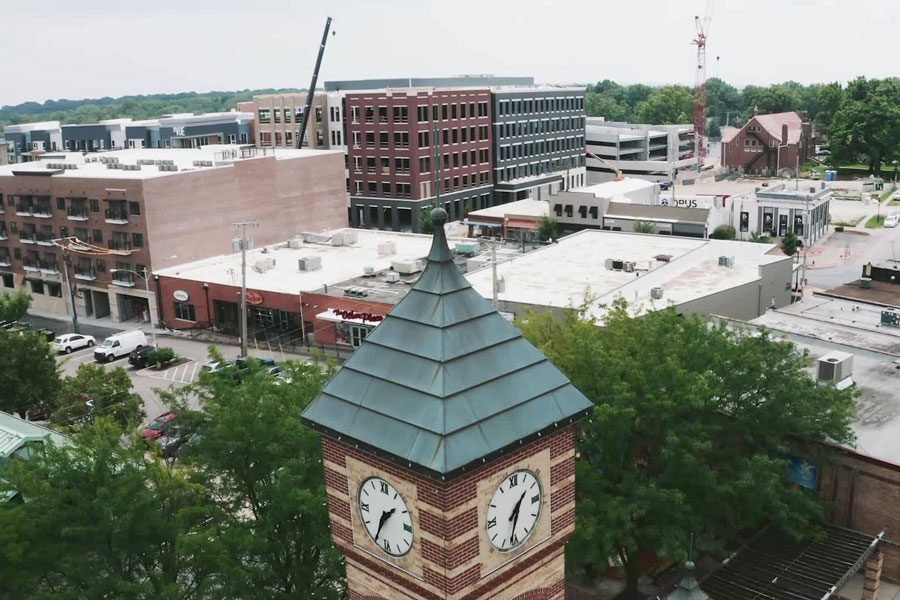 Two new tenants seeking office space in the Edison building in downtown Overland Park got the go-ahead Wednesday night from the city council’s Finance, Administration and Economic Development Committee. If their lease agreements get final approval from the full city council, the four floors of office space will be about half full, said development lawyer Curtis Petersen.

The prospective tenants are MMGY Global LLC, a marketing and technology company, and Wellington Experience Inc., a company that plans corporate events.

MMGY Global officials want to lease 28,000 square feet, or about one-and-a-half floors. They would then relocate from their offices on the Plaza, bringing their 130 jobs to Overland Park. They also plan to add another 27 full-time jobs over the next five years, with an average annual salary of more than $68,000, according to their application.

Wellington Experience would rent 12,500 square feet or about half a floor. The company is currently at Southcreek Office Park on 130th Street in Overland Park. Wellington would relocate its 65 full time employees to Edison and add another 17 jobs over five years, with the average salary at $65,000 a year.

Since Wellington would be moving from within Overland Park, it had to justify its reasons for moving into the space, according to the city’s agreement with the developer. At Southcreek the company’s space is split up in four areas over two floors. Even if it didn’t move, the space would have to be renovated because it’s too small and would not accommodate the company’s growth, according to its application.

Because the Edison project was built in part with public money, the city council has a say over office tenants as part of its agreement. However the improvements for tenants will be paid for privately rather than with public financing money.

The Edison project is nearly complete, and the Strang Hall food court is open on the ground level. Full completion is expected this summer.